Rocket Lab announces the construction of Neutron, a reusable rocket that will become the competition of SpaceX and Blue Origin 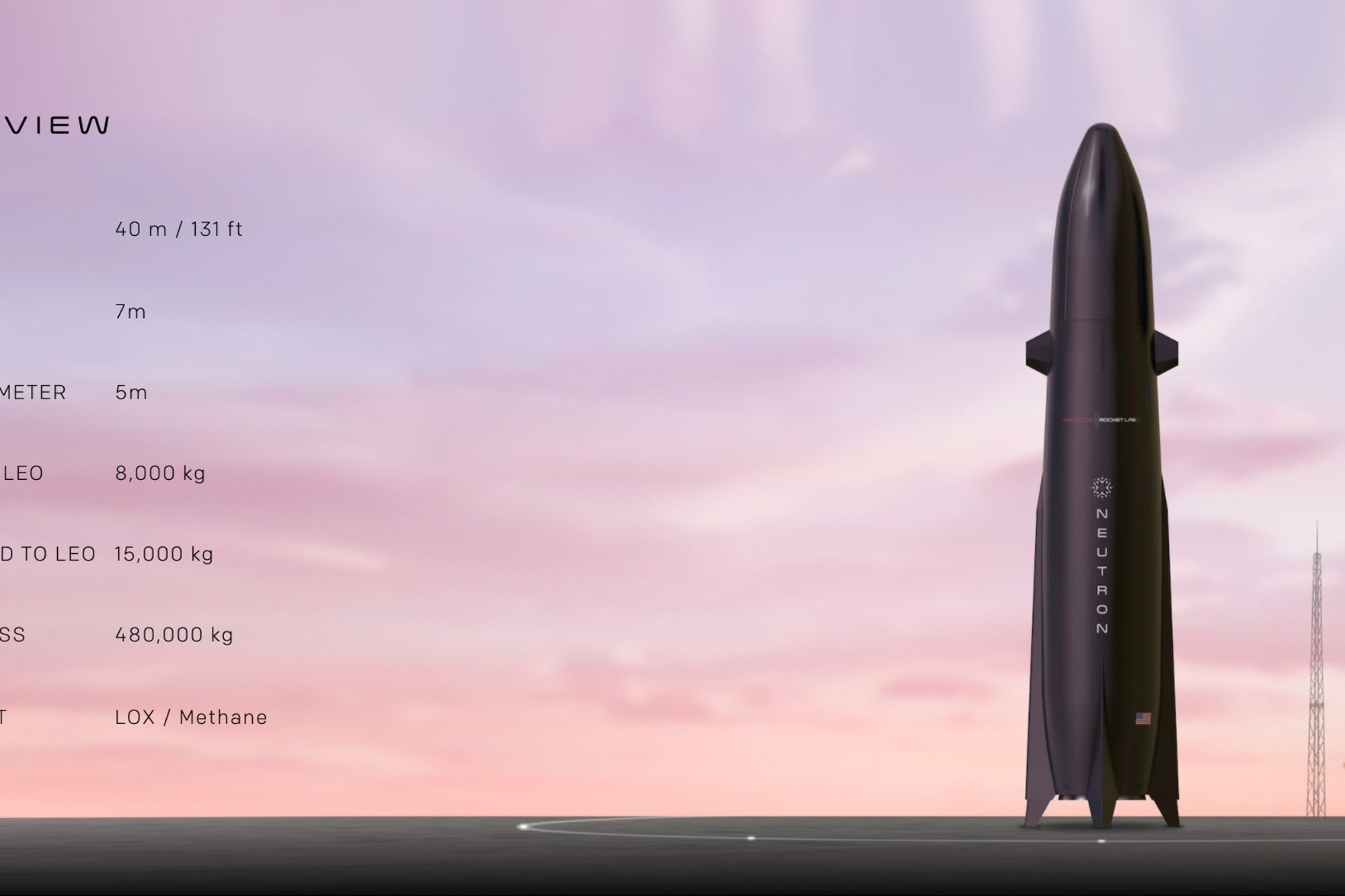 The American company founded by Peter Beck spoke about the details of its new rocket, Neutron , in a presentation broadcast live on YouTube. This will aim to put satellites into orbit for future mega -constellations, which will serve to cover planet Earth as much as possible.

Neutron will measure 40 meters high, 7 meters wide, and the head diameter will be 5 meters. It would be the first rocket of this size to be built in carbon composite. For the most part, Neutron is going to be a reusable rocket with only a few parts being thrown away after each trip. In a single launch it can transport up to 15 tons to low Earth orbit, if they are multiple launches the load is reduced to 8 tons. Their motor was designed and manufactured by Rocket Lab, they called it Archimedes and it is reusable.

“This is not a conventional rocket. This is what a rocket should look like in 2050. But we are building it today,” said Peter Beck, CEO of Rocket Lab in his presentation.

The company had already said that they estimate that the first launch of Neutron into space will take place in 2024. In a previous interview, Beck had explained that Neutron works more like an airship , not as much as the other spacecraft that have been built. Furthermore, it will require very little service during its flights.

In principle it was designed to launch satellites into orbit, but the rocket will have more range of opportunities, says the founder. One of them will be interplanetary manned space flights, which other companies like SpaceX and Blue Origin are also betting on.

“We wanted to make sure we didn’t go to so much trouble to make a launch vehicle that couldn’t be certified for humans and capable of human spaceflight,” Beck said in an interview with The Verge .

The Metaverse And Future Of Gaming

As virtual reality technology continues its development, it's becoming clear that the immersive experiences that it delivers can be...

Grading AI: The Hits and Misses

Reach All Your Content Marketing Goals With These 5 Tips