How to Make Sense of Conflicting Feedback on Your Leadership

in The Big Idea
Reading Time: 7 mins read
A A 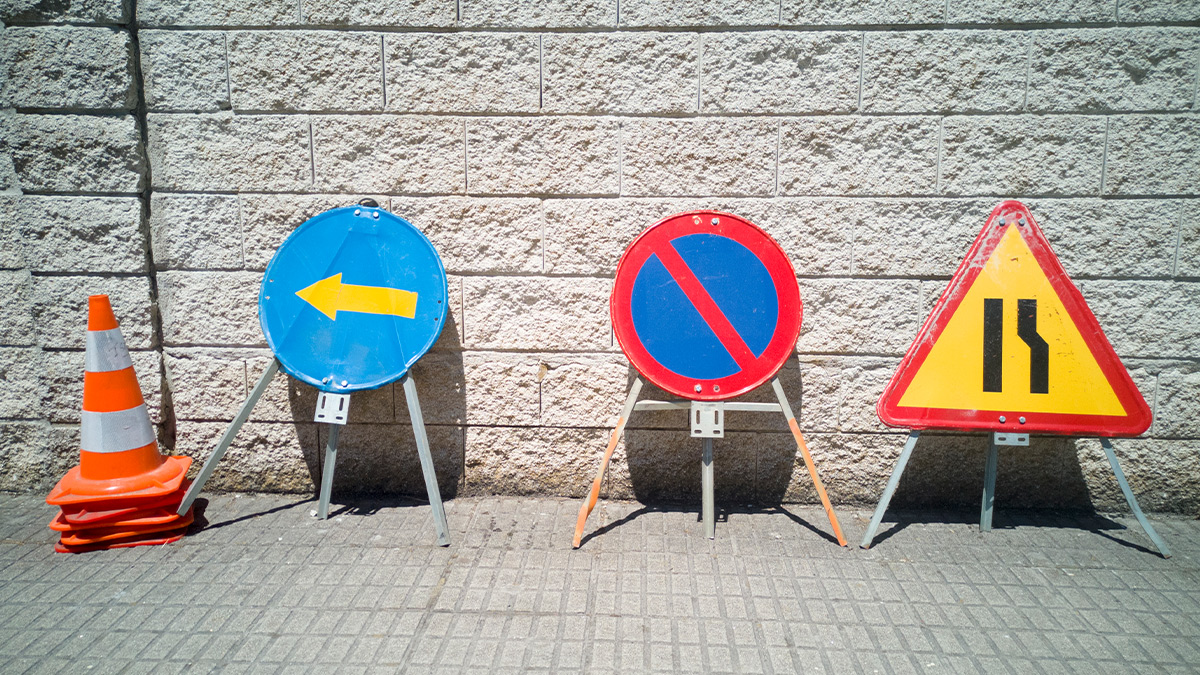 
I recently sat with an executive, we’ll call him Mark, to review his comprehensive feedback report, which comprised nearly 25 interviews with critical stakeholders. While most feedback contains some contradictory data, in his case, the differences were extreme. Some people described him as supportive and kind while others described him as self-serving and mean-spirited. He was regarded by some stakeholders as empowering and hands-off, even too distant, while others experienced him as oppressive and micromanaging.

His naturally defensive response was telling. He asked, “So which is it? Am I a micromanager or an abandoner?” To his chagrin, I replied, “Well apparently you’re both.”

Of course, none of us are the same all the time, so it makes sense that different people’s perceptions and experiences of us will vary. But too much variance isn’t good, and in fact may signal deeper issues. The instinct behind his question was to fault the data (“Which is it?”) or assume someone’s perception was off (“a micromanager or an abandoner?”). His first response ought to have been, “What am I doing to be viewed so differently depending on whom I’m with?”

If you find yourself facing wildly conflicting data, here four ways to interpret and act on it.

A substantial gap between intent and impact usually stems from muddled intentions. While Mark is a smart, successful executive with a desire to be effective, there were many situations in which he hadn’t clarified what outcome he actually wanted. For example, in one situation, Mark believed he was delegating a high-profile project to one of his direct reports, whom we’ll call Diane, to help her stretch. But Diane told me, “All he did was set me up to fail. I wasn’t qualified to do it, and he was really just punishing Susan, who he’d initially given it to but took it away when she had questions about the project.”

When I asked Mark why he took the project away from Susan, he said, “I interpreted all of her questions as doubt about whether she felt she could do it, and I didn’t want her to feel bad. And I thought Diane needed a chance to grow.” Mark was shocked that Diane and Susan both interpreted the move as a punishment for Susan. But he had failed to confirm with Susan that her questions were a sign of self-doubt and had failed to verify with Diane that it was an assignment she felt confident taking on.

A lack of clear intentions can set you up to be misinterpreted and have your motivations misattributed. Mark’s intention was to be fair in making assignments, show compassion for what he believed Susan was feeling, and invest in Diane’s development. Yet his impact strayed far from those intentions. When making or changing important decisions, “leading out loud” becomes a critical aspect of making sure others understand why you’re doing what you are doing. Otherwise, the gap between intentions and impact triggers a clashing range of how those on the receiving end experience your impact.

Interrogate who brings out your best and worst.

When you receive feedback that varies widely among stakeholders, identify which of those stakeholders are getting your best behavior. This can help you begin to isolate the conditions (people, context, or both) in which your intentions and impact are more closely aligned.

Because the data was anonymous, Mark didn’t know which stakeholders had said what — but I did. Through a series of careful inquiries, I helped Mark isolate a set of people and situations in which his intentions and actions matched and were corroborated by positive feedback in the data. Turns out, Mark was more caring, positive, and effective with people whom he’d known for a long time and whose approaches to work were decisive and fast-paced. As is the case with many leaders, Mark welcomed situations that showcased skills he valued with people he deeply trusted. In other words, he did well with people he felt were like him and loyal to him.

When I reflected this back to Mark, he cringed. He understood the implication — that people who were newer, whom he hadn’t invested time connecting with and whose skills were still developing, were getting his worst. Oddly, Mark prided himself on intending to be a good mentor, and some people had pointed to how their careers had flourished with his help. But when your behaviors vary too widely across stakeholders, it can indicate that the values driving your choices need to be reexamined. In this case, Mark’s value of loyalty (as evidenced by long tenure) and his value of competence (as measured by people who did things the way he did) were not serving him well. His espoused values of mentoring and empowering others couldn’t be activated because they were obscured by the shadow of two more predominant values whose unintended impact was marginalizing those who didn’t measure up.

Mark needed to reexamine the values that caused him to extend or withhold trust. He needed to lean into his discomfort with situations and people that fell outside his comfort zone. That way, his excessive dedication to one set of values wouldn’t violate other values he claimed to hold dear but that his actions belied. If you find yourself trying to make sense of conflicting feedback, take a closer look to see if you’re unknowingly favoring one set of stakeholders at the expense of others.

Get to the root of your extremes.

Our predisposition to favor certain types of stakeholders and our (often unconscious) resistance to other stakeholders is never random. The key is to dig beneath your preferences to better understand what need they serve. I needed to help Mark understand what led him to associate longstanding relationships with loyalty and what it was about people who approached things differently than he did that made him less trustful.

We returned to the situation with Susan and Diane. I was curious about why Susan’s questions signaled self-doubt to Mark. Because she’d only been part of his team for 18 months and was hired right at the start of the pandemic (which limited his ability to get to know her well), I wondered what data he was using to draw his conclusions. When I asked him about the questions she asked that he felt indicated self-doubt, I got important clues. Susan, unaware of how “Mark would have done things,” was inquiring about various approaches to the project she felt might be appropriate, but which deviated significantly from how Mark would have done things. This made him anxious. It wasn’t that he was afraid of her failing, he was afraid of how it would make him look if a newer member of his team failed with such a highly visible project. He was projecting his own self-doubt onto her.

Mark felt terrible when he discovered this. He realized: “Instead of protecting Susan from a lack of confidence, I took her confidence away with my own doubts, making her feel worse.” A painful revelation to be sure, but it made Mark clear minded about what he needed to do to make amends. Further, it helped Mark realize that his inconsistency had become a leverageable asset to his team — people “on his good side” knew how to manipulate his predictable reactions to get what they wanted.

As a leader, people have a right to expect a reasonable degree of consistency from you. If you want to get to the root of why you work well with some stakeholders but not others, try this: Make a list of five stakeholders with whom you believe you have productive, mutually beneficial, trust-based relationships, and five with whom you believe you have the opposite type of relationship. For each productive relationship, identify what you feel makes it work. What values are you using to extend trust? What about the individuals do you most enjoy? What characteristics of yours do you feel they value? Do the same analysis of the unproductive relationships to see what’s missing. What biases do you have about each person? What conclusions have you drawn that may be misinformed? What differences do you find intolerable? Look for the patterns in each, and you’ll likely find important clues about both types of relationships.

Be intentional with your choices.

It’s not uncommon for experienced executives to operate on autopilot a good deal of the time. Having tried-and-true approaches to most of their work gives them the ability to reach into their bag of tricks and simply act. The problem with such a mindless approach is that it fails to consider new data and contexts.

Deeply self-aware leaders question their assumptions before choosing any approach, no matter how proven. Leaders with deeper insecurities like Mark spend so much time unconsciously grappling with the chatter in their heads that they leave little room to be mindful about what’s happening right in front of them. It takes mental discipline and practice to silence that chatter and focus on the situation at hand, carefully determining what that situation is asking of you.

Here is a series of questions Mark and I developed to help him begin each interaction by centering himself rather than reflexively acting on old assumptions and looping narratives in his head. See if some version of these might be helpful in situations where you need to strengthen connections with stakeholders:

If you find yourself at the crossroads of widely divergent feedback, approach the conflicting messages with curiosity instead of resisting them. Those messages may be inviting you to a stronger, healthier version of yourself if you can get to the bottom of what’s behind them. Start by assuming that the conflict isn’t within the data, but more likely within yourself.

By Mike Thorne When a business splits from its parent company, the move can be exhilarating, with fast timelines,...

Have you ever shied away from taking on a role or opportunity because you didn’t feel confident enough? Perhaps...

What to Do When a Direct Report Is Bullying You

The stereotypical workplace bully is the aggressive boss demeaning a quiet team member. But bullying is ultimately about power,...

Implementing a New CRM Should Be Easy

When CRM implementations fail, it’s often because the product and its setup process are too complicated, time-consuming, and difficult...

What Companies Still Get Wrong About Layoffs

Today it’s difficult to read the news without seeing an announcement of layoffs. Just this week, Morgan Stanley announced...

Are You Too Emotionally Invested in Your Job?

Being emotionally invested in your work is like a double-edged sword. Your drive and passion propel you to perform....

Bring a Donkey to Work? This Skincare Company’s Office Is a Farm for Rescued Barn Animals