How Midsize Firms Can Attract — and Retain — Talent Right Now 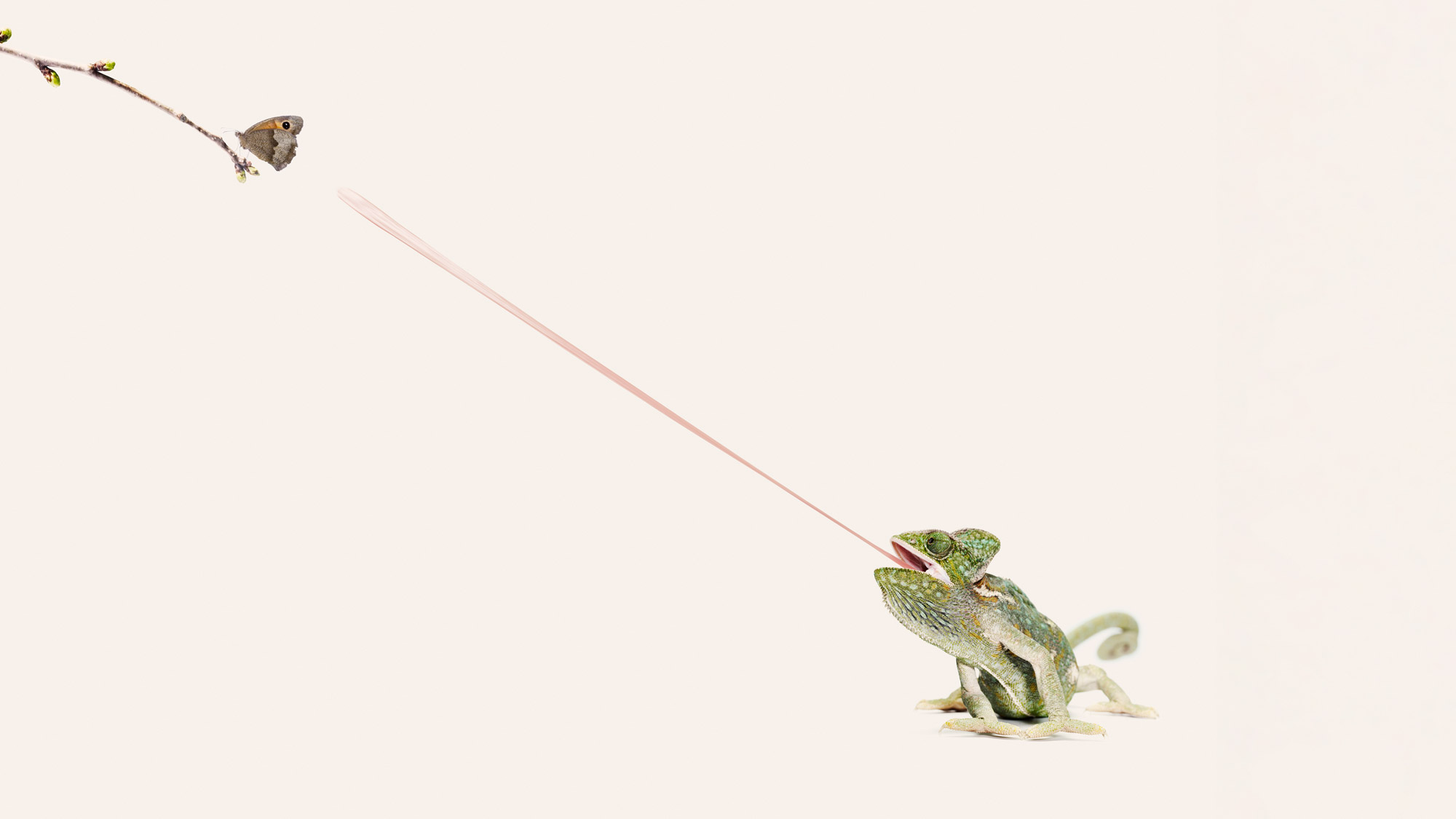 
While companies of all sizes are struggling to keep and find people during the Great Resignation, it’s hitting the middle market especially hard — and middle-market companies often find themselves with an inadequate toolkit to address the problem. The same old approaches aren’t working in the crisis and will not build the capabilities companies will need in the long run.

And crisis isn’t too strong a word. In surveys conducted by AchieveNEXT in August and again in September, middle-market CFOs and CHROs said that attracting and retaining talent is their number-one challenge — cited as such three times more often than supply-chain disruptions and nearly four times more often than costs. Worse, nearly half (47%) told us that their enterprise lacks the tools to address their talent-retention problems.

Midsize companies have weaknesses when it comes to addressing the talent issues they face — but they also have critical strengths. There are steps they can take to leverage those strengths and prevail in the toughest talent market in memory.

The talent pinch is more painful for the middle market for a couple of reasons. Compared to big companies, their appetite for talent is greater and their talent-planning capabilities are weaker. The middle market has a voracious appetite for talent because it grows faster, on average, than the rest of the economy. For example, over the last five years, midsize companies have turned in an average annual revenue growth rate of 5.64%, while the S&P 500 has grown 4.92%. Payrolls show the same pattern. Earlier this year, middle-market companies told the National Center for the Middle Market that they hoped to increase headcount by 8.9%.

Broadly speaking, middle-market companies also lack three crucial talent assets and capabilities. First, they don’t attract resumes simply by virtue of being famous — they might be great places to work, but their employer brands tend to be local and not top of mind.

Second, midsize companies don’t have deep pockets and are therefore unable to compete for talent by throwing money at the problem, at least not on a sustained basis. As one energy-industry CFO said at an AchieveNEXT roundtable in Denver, “If we’re caught in bidding wars, we’re going to be outbid sooner rather than later.” Middle-market companies’ vulnerability to poaching has risen since the pandemic as wealthy companies have become more willing to hire people regardless of where they live. For example, according to data from The Conference Board, coastal tech companies are increasingly advertising job openings outside their home metros. Furthermore, the vast majority of middle-market companies are privately held and unable to use stock or stock options to incentivize talent to come or stay.

Third, midsize company HR teams are usually small — only 18% of the companies in the AchieveNEXT survey have dedicated benefits managers, for example — and necessarily focused on day-to-day people issues. This leaves them with too little ability to address talent strategically, which might help them avoid bidding for new hires.

In general, middle-market companies shouldn’t overburden themselves with process, but in these times, HR teams feel its absence. For example, in middle-market companies, onboarding is generally informal to the point of being nonexistent (“Hey, kid, sit here and we’ll get you set up”), a weakness exacerbated by flexible and remote work arrangements. And companies that rely on outside recruiters are even encountering a shortage of them.

How to Attract and Retain Talent

Middle-market companies can’t afford to take on all of these problems at once, in either the short or long term. Ours and our clients’ experience tells us they need to roll out the following three simultaneous initiatives:

Finding specialist and technical workers is the greatest pain point for middle-market companies. According to AchieveNEXT data, only 3% of midsize companies say it’s easy to find these workers, while 79% say they’re somewhat difficult or extremely difficult to attract. Retaining these employees is nearly as hard: About 7% — just one company in 14 — finds it easy to hold on to technical and specialist employees, and nearly 60% find it at least somewhat difficult.

For one of Jeff’s clients at PROXUS, a manufacturer with plants in four Midwestern states, the most significant talent gap is specialty machinists. The required skills are specialized enough that few schools teach them and critical enough that the company’s ability to take on new business depends on them. The positions are even harder to fill because each of the company’s plants have traditionally done their own training and recruited locally, which requires looking for rare talent in small talent pools. By identifying the company-wide nature of the problem, leaders have been able to adjust both training and recruiting and execute a recruiting strategy that’s helping alleviate the talent shortage across all plants.

Revamp the recruiting and onboarding process.

A few relatively simple changes can make a big difference in recruiting. First, rewrite ads and job descriptions to emphasize the benefits of working for you, instead of your specs and requirements. Security Risk Advisors, a Pennsylvania-based cybersecurity firm, operates in an industry that has always had a severe talent shortage. “We focus on aptitude and passion,” says Katie Calabrese, the company’s head of HR. And while specs are important, “If you don’t quite meet them, we want you to apply anyway.”

Second, expand your talent pools. Proxus finds that many clients have inadequate or antiquated talent-acquisition processes that miss opportunities to seek diverse talent or to use techniques and technology to find passive candidates and career switchers. Many recruiting technologies, such as those created by Hiretual, Entelo, and Talent Bin (part of Monster.com), are well within most middle-market budgets.

Third, work your networks harder, starting with the networks of your current employees. AchieveNEXT’s data shows that employee referrals are the most effective source of new people, cited as very or extremely effective by two-thirds of middle-market leaders, followed by LinkedIn. Retained and contingency search firms continue to work well for senior leadership positions, but other traditional talent sources such as staffing and temp agencies and schools and universities scored much lower.

People who leave a company almost invariably get more pay at their new company, but that doesn’t necessarily mean money motivated their departure. Many studies show that non-financial issues like engagement, close relationships with peers, and opportunities to learn and advance are important elements of an employer’s value proposition. These are too often taken for granted in the middle market.

Asked by AchieveNEXT about the intangible benefits they offer, many executives cited mentoring and access to top management. In most small and midsize companies, those are a given — in a company with 100 employees, most employees are on a first-name basis with the boss. Instead, middle-market companies should institute a four-pronged retention strategy, designed to produce long-term benefits as well as short-term relief:

While middle-market companies come to the talent competition with evident weaknesses, they bring significant strengths as well. Their talent-management processes are scanty, but the companies also tend not to be weighed down by rigid, bureaucratic processes. This should give the middle market a nimbleness when it comes to hiring and promoting — a very real advantage when you need to move fast when you spot someone you want to hire or need to keep. Because top management is closer to the rank-and-file, middle-market companies should be better able to seek and act on employee referrals. And when it comes to job flexibility, they can see what big companies offer and raise them (for example, by offering job-sharing arrangements). Midsize companies also have an inherent work-life balance advantage, something smart middle-market hiring managers have emphasized for years.

By combining these advantages with focused initiatives to pinpoint the problem, revamp recruiting and onboarding, and become planful and strategic about retention, middle-market companies can get through the current crisis and find themselves with stronger long-term talent capabilities as well.

Semiconductors are one of the foundations of any modern economy. They’re used in everything from home appliances to automobiles...

Managers, Are You Prepared to Answer Questions About Pay Equity?

By the beginning of 2023, a fifth of all U.S. workers will be covered under pay transparency laws, a...

How a Fight at Home Impacts Your Workday

Past research has confirmed that negative interactions at work hurt employees’ well-being and productivity, but the time spent at...

How Do I Overcome My Disillusionment with the Executive Team?

MURIEL WILKINS: I’m Muriel Wilkins, and this is Coaching Real Leaders, part of the HBR Presents network. I’m a...

How Companies Can Partner with Nonprofits

In today’s ESG-focused world, there is no taboo about corporations seeking advice and partnership opportunities with nonprofits. Unfortunately, many...

Does Your Board Need an Executive Chair?

On February 2, 2021, Jeff Bezos announced that he would “transition to Executive Chair of the Amazon Board and...

A Combination of Communication and Organization

Four Ways to Improve Company Culture in a Year