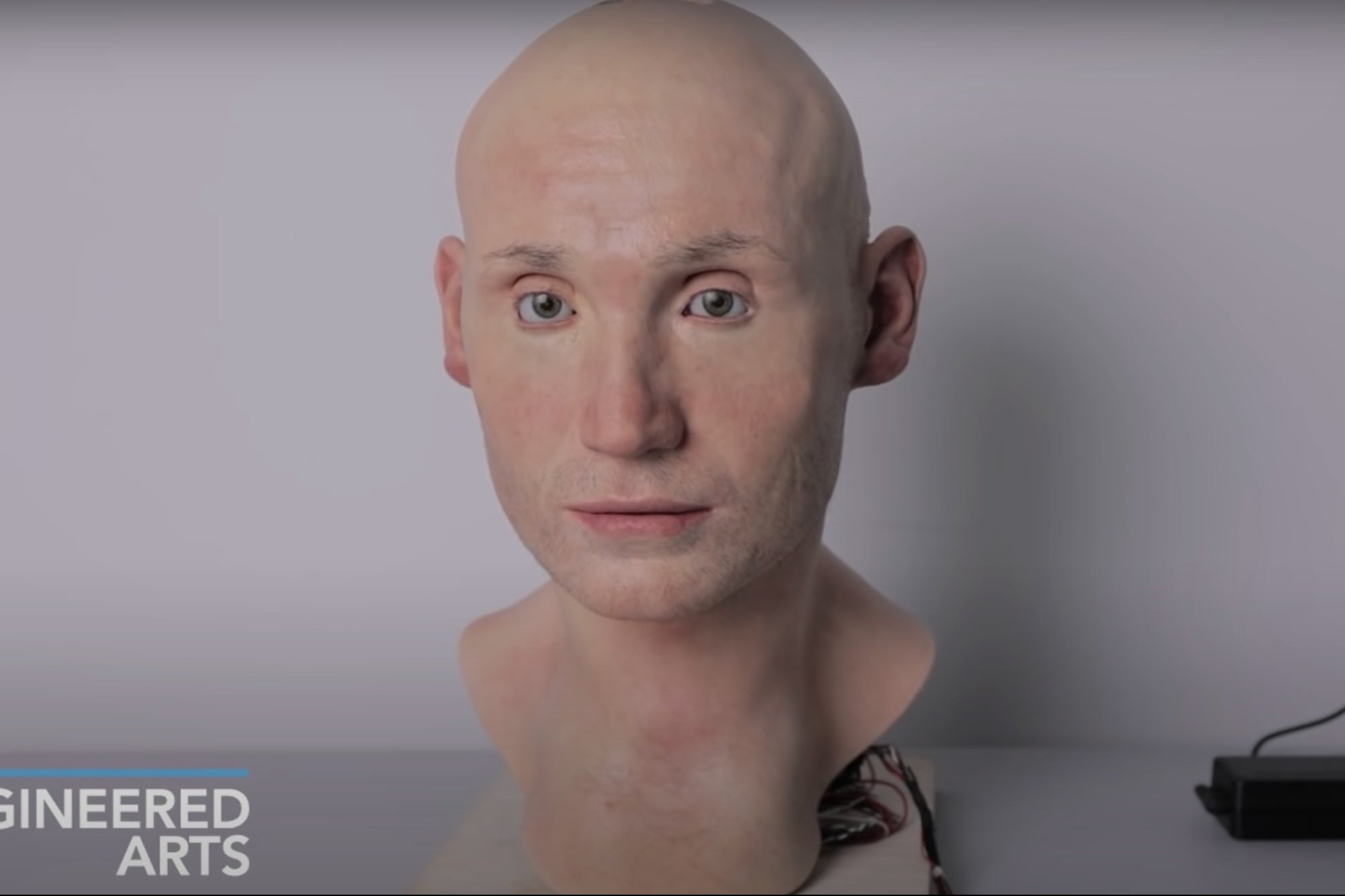 Robots have been evolving for decades. The technology we know today was only a dream in the past, and the star of fictional movies. Artificial Intelligence started out being very rudimentary compared to what we know now. The first humanoid robot, Sophia , surprised everyone with her appearance, but still does not compare with those who follow her.

Last week, the Engineered Arts company posted a video showing its latest creation. The head of the new Mesmer robot is strikingly similar to a human face. In the publication, the robot imitates various facial expressions, this is possible thanks to the fact that they are designed and built with 3D scans of real people.

“This is a small movement test for a Mesmer robot head. Again, not CGI. This head and neck has 22 custom servo actuators – just 5 around the mouth. which is not enough for a good lip sync— which is why it does not speak in this ‘clip’, ” explain the engineers.

Elon Musk showed his excitement on Twitter. When the video was shared via the social network, the founder of Tesla and SpaceX replied with a tweet saying, “The real androids are coming.”

5 Tips to Help You Triple Your Business