in Starting a Business
Reading Time: 4 mins read
A A 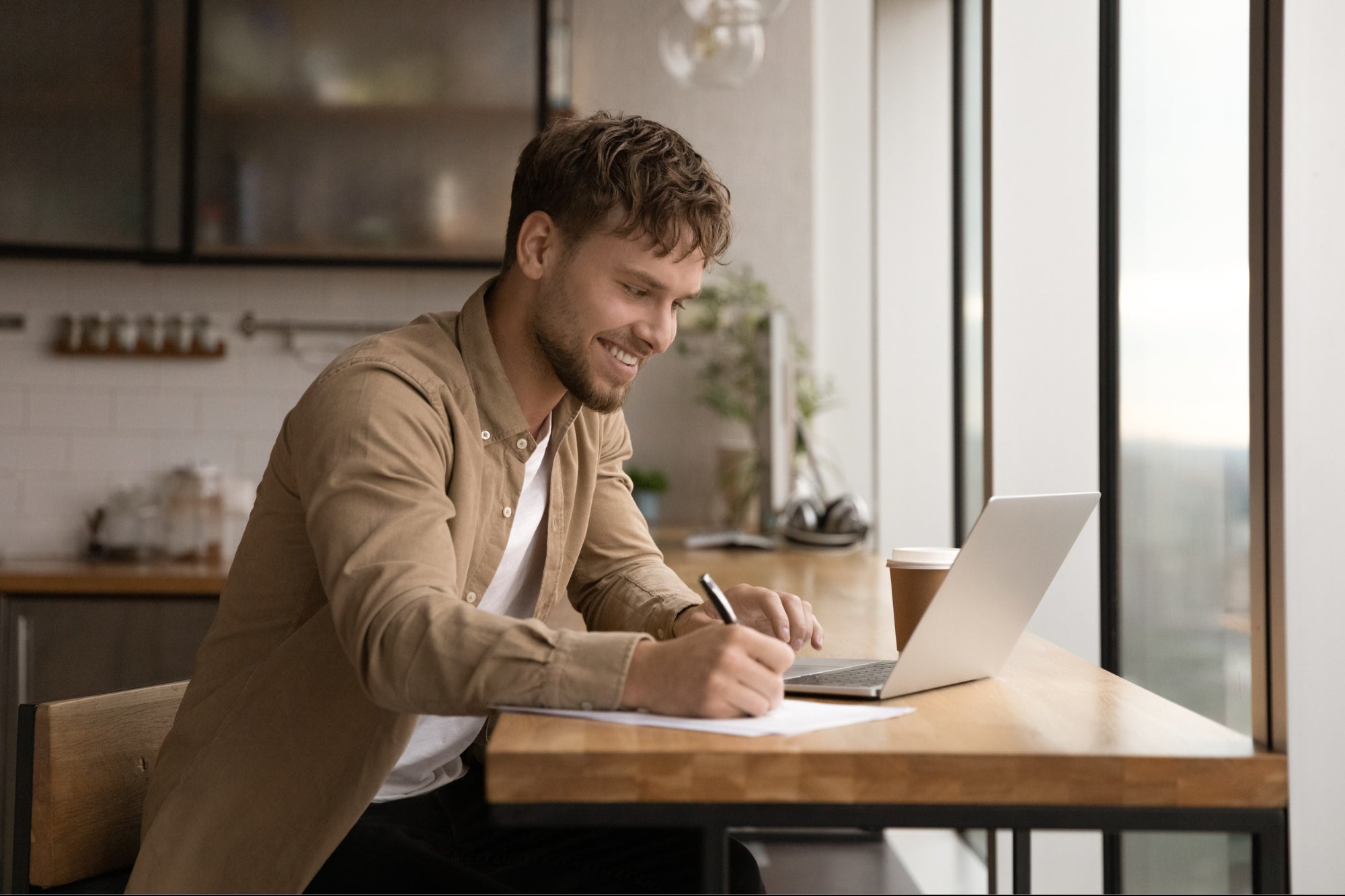 Becoming an entrepreneur is one of the most exciting and fulfilling decisions you will ever make. You can literally take an idea and turn it into a thriving business model, while (hopefully) making a positive impact on the world around you. However, this isn’t to say that choosing entrepreneurship means taking the easy path — quite the opposite. The daily grind of forming and operating your own business can be overwhelming to the point that many people throw in the towel altogether.

If you’re an entrepreneur, you already know what it’s like. You probably get caught in a seemingly endless web of to-do lists on a daily basis. To make things worse, you are the one in charge. It may sound like a dream come true, at first, but taking the driver’s seat also means taking responsibility for the success (or failure) of the business, and that you hold the financial well-being of yourself and your employees in the palm of your hands. That’s a lot of pressure for anyone to take on.

Related: How to Actually Be Your Most Positive Self

Then, you’ve got the negative feedback loop that’s constantly playing in your head. Pretty much every idea or business venture in existence has had its fair share of detractors. Chances are that yours is no different. People will tell you that your idea is bad or that you’re doing things wrong. They will publicly criticize your business, launch personal attacks against your character and just generally pile a huge amount of negativity onto your lap without remorse, even though criticism is often from people who’ve never made the decision to build something from scratch. If you’re like me, you also criticize yourself endlessly, adding even more material to the negative feedback loop.

It’s enough to make you wonder if all the excitement and fulfillment of entrepreneurship is even worth it. Fortunately, I can confirm unequivocally that it is; you just have to figure out how to wade through the negativity and overcome the day-to-day pressures. And, more than anything else, you’ve got to learn how to stay positive.

Getting over ‘the wall’

Marathon runners often refer to “the wall,” a physical and psychological barrier that hits you when you think you’re ready to give up during a race. Your body and mind tell you that you can’t (or shouldn’t) keep going. However, this wall can be overcome. If and when runners can climb over the metaphorical wall, the race becomes far easier and more manageable thereafter.

Entrepreneurs often face their own version of the runner’s wall. At a certain point, the stress, negativity and workload can feel overwhelming. You will want to stop. If it gets bad enough, you may question why you ever started in the first place. Even looking at your to-do list or checking your email can feel like too much. When you get to that point, you have to work twice as hard to get over “the wall” and keep going.

So, what can you do? By now, you probably know them by heart: Step away from your desk for a few minutes, go for a walk, talk to a loved one, meditate, listen to relaxing music, divide large tasks into smaller ones, delegate, get organized, focus on your goals and on and on. There are a million different ways to try to get over the wall. You will likely find some more effective than others. However, I have consistently found a great deal of positivity, hope and motivation in the same place, time and time again.

I don’t recall when I started doing it, but there came a time in my entrepreneurial journey when I began to take note of positive feedback. More specifically, I created an easily accessible digital folder and started collecting little tidbits of positivity that I had received over the years. Every time I encountered new positive feedback — whether it was an IG message, a reminder of a major accomplishment or a great review from a customer — I’d add it to the folder.

The types of positive feedback I’ve received have changed over time, but they are always there in one form or another. Since founding The Doe, our team has received hundreds of messages and emails from contributors who were incredibly grateful to be able to have a space to tell their stories safely. As you can imagine, all of those messages go straight into the positive feedback folder.

Related: It’s All in Your Head: How to Shift Your Mindset for Serious Success

But not all of our positive feedback comes from contributors. I also see hundreds of positive messages, comments and emails each and every week from our readers, many of whom are thankful for gaining new insights and perspectives that they could not have found anywhere else. Naturally, I see plenty of negative feedback, too; it just comes with the territory. While I always take negative feedback into consideration so that we can improve as a business, none of it goes in the folder.

This way, I’m left with a treasure trove of positive, uplifting memories and commentaries. I’ve found this to be the absolute best way to get over the wall and overcome the negativity, stress and daily grind of entrepreneurship. Some days are harder than others, but if you can give yourself reasons to stay positive and remind yourself of the worthwhile impact you’ve had on others, you will get over the wall in no time.

Mitigate the Risk of Business Failure With These 4 Strategies

Between the current inflationary environment and the looming economic recession, launching a business may seem riskier than ever. In...

5 Things to Know Before Launching a Freelance Writing Career

Seven years ago, I closed down my brick-and-mortar business to begin a career as a freelance writer. Like me,...

You're reading Entrepreneur Middle East, an international franchise of Entrepreneur Media. If you're familiar with the comic book character...

You're reading Entrepreneur Middle East, an international franchise of Entrepreneur Media. A father's love is like no other- and...

You're reading Entrepreneur India, an international franchise of Entrepreneur Media. Even though the world has been going through some...

7 Misconceptions About Starting Your Own Business

Starting a business can be one of the most exciting and rewarding things you'll ever do. The process has...

How Do I Get Sponsorship Support?

Hybrid Work Could Affect Your Diversity, Equity and Inclusion Goals. Here’s How to Prepare for That.