Want to Foster Innovation? Don’t Start a New Committee — Do This Instead. 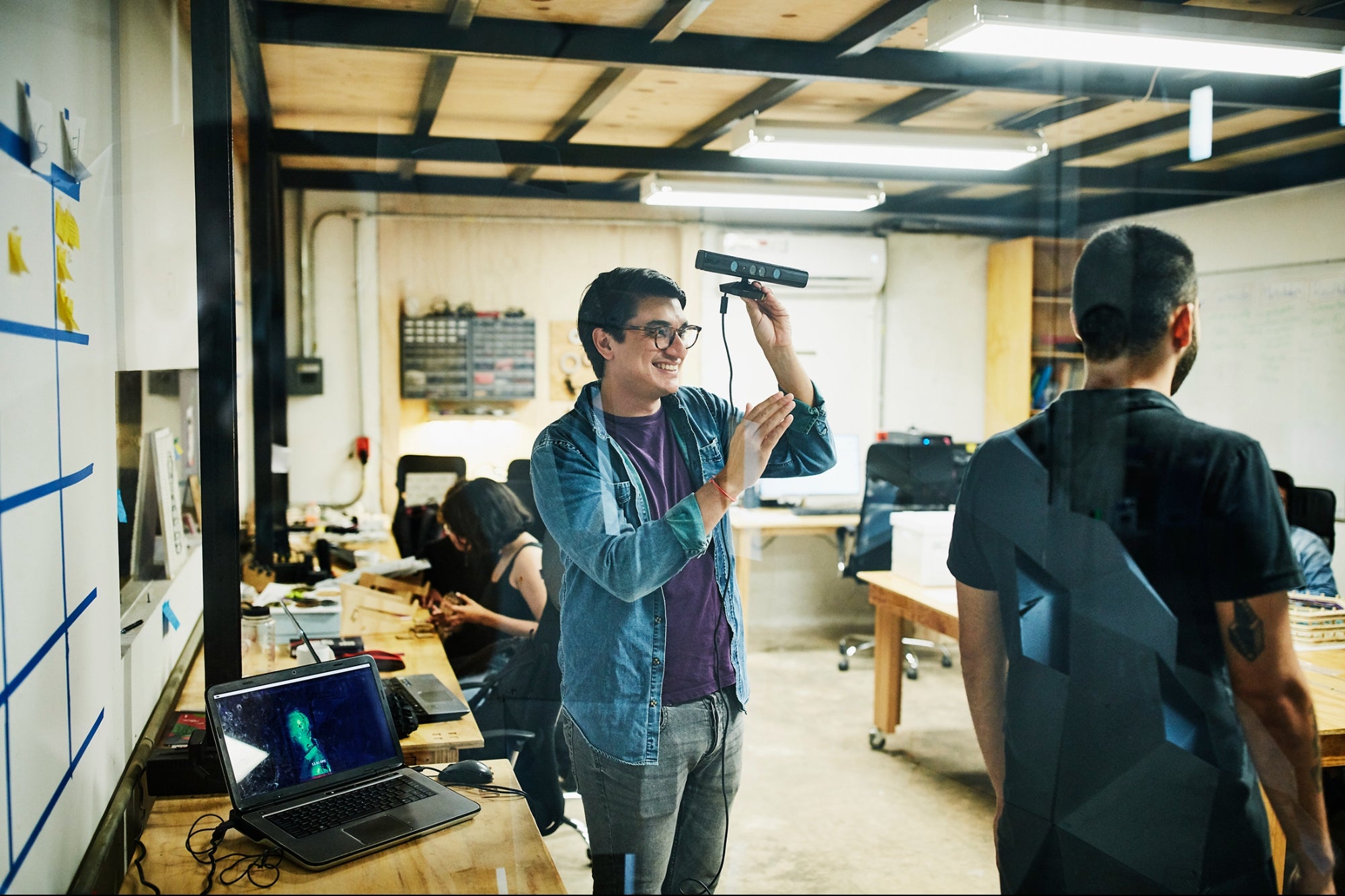 
It’s an unspoken truth that something is wrong with the state of innovation in large organizations. Leaders argue back and forth about organizational innovation — how it’s to be fostered, what can be done to increase its sweep, etc. Companies invest in innovation task forces, tiger teams, weekly creativity interlocks and global offsites. They take all these measures to keep innovation alive.

But does any of it work? Is innovation a process that can be perfected? Can an executive committee conjure up innovation, or must we have it at our company’s inception, nurture it and keep it alive through meticulous caretaking?

Is innovation like a fossil fuel, a nonrenewable resource that once it’s burned up can never be found again? Or is it a matter of getting the details of our organizational structure and funding just right? Just how are we expected to make lightning strike in the right place at the right time —and is it something we can even control at all?

Related: 5 Ways to Create a Culture of Innovation

Small and swift vs. vast and slow

When I was at Napster, years ago, there were no committees for fostering innovation. There was no tiger team on innovation management either. We focused instead on creating something meaningful for our customers while enjoying each other’s company. We made a great team. Innovation just happened. Talking about it would have been like discussing the air we breathed.

When I left Napster, I spent a brief time at a giant company, where I was immersed in something I’d never heard of before: a global internal innovation initiative. It sounded great — but I could never figure out what it was. They put the committee’s goals in writing, but I would have had to hire an attorney to decode it. The goals were so vaguely, so obliquely defined.

It was an enormous company with a household name and a sprawling bureaucracy. I was asked, while there, to chair a committee on corporate meeting effectiveness. Given that the committee had no defined goals, I found that the most effective approach to my committee was to never have a meeting. No one asked when the next meeting was; they were busy with other meetings, and eventually, the committee died, leaving us all more time to do our jobs.

Innovation, or lack thereof, is a result of how we spend our time. We must be honest with ourselves about where our people’s time is invested in our organization. When we’re sitting in meetings, we’re rarely innovating. And the bigger and older a company gets, the more tribal fractions it has, and more meetings must be held to keep it going — or so the thinking goes.

We can’t solve the problem of fizzling innovation by never letting our companies grow. That’s obvious. Time accumulates on an organization as inevitably as it accumulates on a human body. We age, we slow down, we need more help all the time, and our systems stagnate. In the case of a company, aging takes the form of expansion. It builds up a bureaucracy around itself. People on the outskirts lose touch with what’s happening at the center and vice versa.

But that doesn’t have to happen, at least not in a dramatic and detrimental way. As scientist and podcaster Lex Fridman once said, “I refuse to believe that large companies can’t innovate by doing great novel design and engineering. They can. It’s a question of leadership and culture.”

When a company transitions from a startup to a large conglomerate, it can age and grow like a person can, with grace and mindfulness, with a willingness to change and accommodate new realities of the constantly changing world. And it can start by keeping a handful of crucial realities in mind.

As I wrote in Fearless Innovation, I was at a meeting once where an executive started things off by urging us, half-joking, to give him some million-dollar ideas. A brave employee responded, also half-joking, “If I had a million-dollar idea, why would I give it to you?” The remark was met with shock and nervous laughter. But it was exactly the right answer.

Indeed, if one of our employees has a million- or billion-dollar idea, why should they bring it to us? Why shouldn’t they leave and start their own company? It happens all the time. So, to prevent that, what incentives do we offer employees who might bring a lucrative opportunity to our attention?

Incentives work. Most people would rather be fairly recognized and rewarded for their innovations and implement them with seasoned professionals within their existing organizations rather than go solo and start a new business from the ground up. So, make it worth their while to stay and share with us what they’ve created. Let’s make sure there are real benefits for those who might bring innovations forward — and that those benefits are both tempting and clearly defined.

We’re always eager to share our organizational successes with employees — but we should tell them about our failures, too. It’s the right thing to do. For all we know, the problem that plagues the division that’s hemorrhaging clients could be solved today if only the right person working in another department were fully aware of the issue. Some secrets simply have no business being kept.

How available are our company’s leaders to our employees? Do the people who work for us know us? Do they trust us? Or more to the point: What have leaders done to ensure them that they can and should trust us with their ideas?

We can’t solve our problems if we live in a world of illusions conjured by our own corporate propaganda. We can’t expect our employees to wear rose-tinted glasses — or rose-tinted Meta Quest Pros, as the case may be — and give us the innovations we want or need.

One of the fringe benefits of this careful transparency is that when our people can see clearly what’s going on, they feel like they’re on the same side. It’s partly why every stadium has a scoreboard: Sometimes the losing team has to see their losing score, plain as day, so they are pushed to rally together and fight as one.

Innovation is a team sport

“The bureaucracy is expanding,” said Oscar Wilde, “to meet the needs of the expanding bureaucracy.” It’s a phenomenon that plagues many large companies, but despite plenty of funding, this sort of thing rarely happens in startups.

Every startup is a team. And there is nothing quite like going to work — even when you work from home — knowing that the people you work with have your back and believe in you, or at least understand that you’re after the same goals and are willing to put in the effort it takes to achieve them.

It’s hard to feel like a team when you work with dozens of other people, most of whom you’ve never met — and yet, it’s a reality that many face. Working in a large distributed organization is an unending political process, and it’s unlikely to get better in a hybrid work environment. And so it’s our responsibility, as leaders, to reduce as much of that political burden on our people as we can. Michele Zanini, an expert on bureaucracy and a co-author of Humanocracy said it best: “No creative soul should ever be stymied by structures and processes that give more weight to political connections than the quality of an idea.”

Let’s start a new committee only when we must, and don’t schedule meetings that we’ll admit later could have been an email. Next time we talk about inclusion and diversity, let’s practice it by inviting everyone to the table and listening to all opinions, not just those of our resident bureaucrats.

Innovation is both a vision and a process

Innovation is the product of inspiration and the painstaking labor of making an idea work. But it can only come about in the right environment where employees are incentivized, information is freely shared and bureaucracy is kept on a tight leash. It is our responsibility as leaders to nurture that environment, and most importantly, get out of the way of the people we rely on to keep our visions alive.

3 Ways to Lead Effectively While Dealing with Anxiety

"I don't feel well. Call 911."That was supposedly what I said to my husband, who was sitting next to...

What Is Transactional Leadership — And How Does It Work?

As you spend time in the workforce, you'll notice there are many different leadership styles. As you hone your...

How to Design A Strategic Brand

At the start of each year, entrepreneurs often set New Year's Resolutions for themselves without spending any time focused...

A few weeks ago, I got into an interesting discussion on LinkedIn about the value of meetings. The exchange...

How to Respectively Decline Employees’ Suggestions

One of your crucial responsibilities as the CEO or General Manager is making the best decision for your company....

How to Strengthen Your Business Against the Threat of Natural Disasters

As climate change intensifies, severe weather is on the rise. According to the World Meteorological Organization, the number of...

Address These 10 Common Causes of Customer Friction to Maximize Success