5 Trends All Franchises and Franchisees Should Be Following

in Growth Strategies
Reading Time: 7 mins read
A A 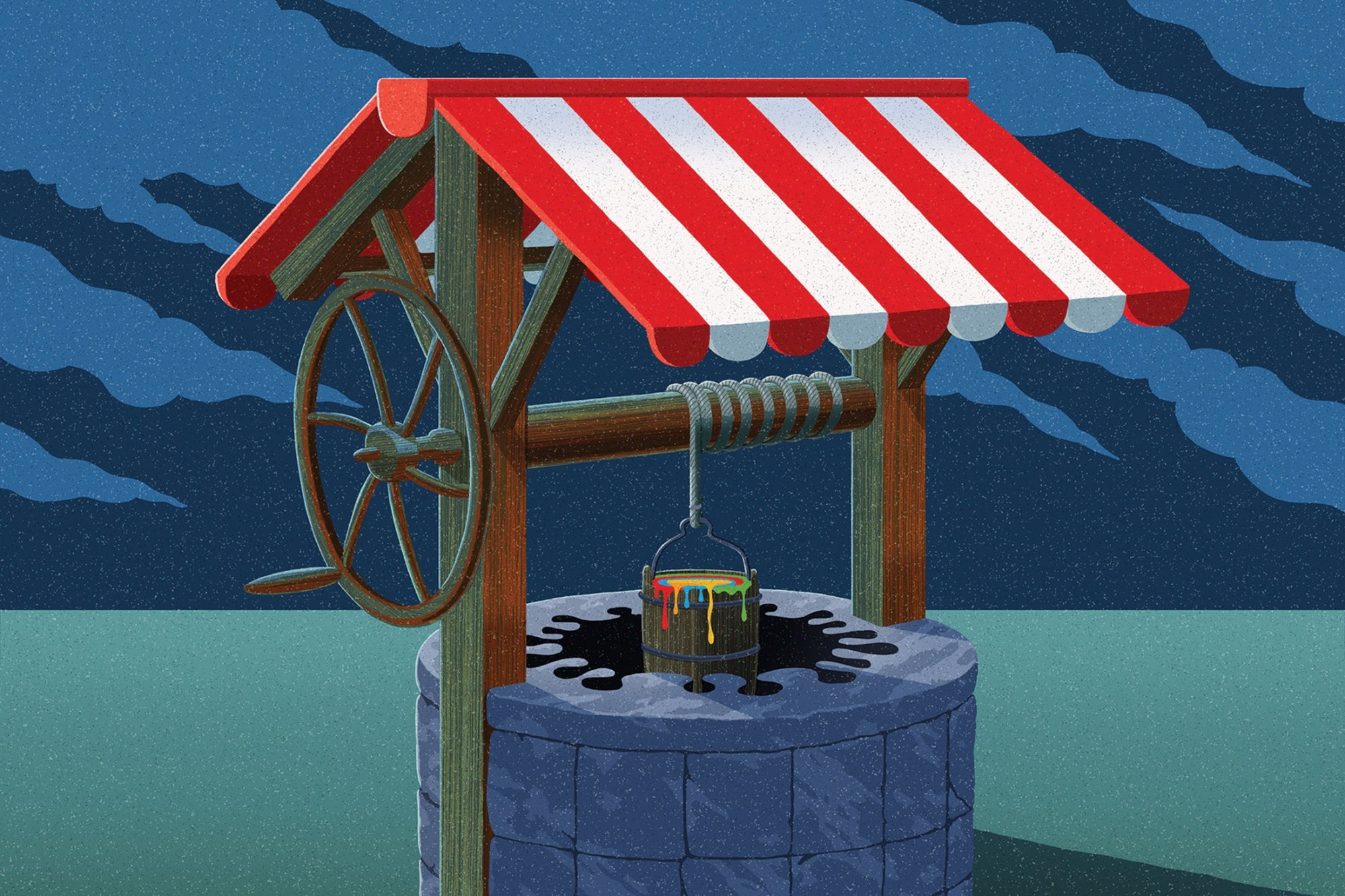 Could you see yourself starting a business in the next two years? If so, you’re in good company. Millions of Americans spent lockdown figuring out how to take the leap, and many of those people are turning to franchising to help them do it. So what can we expect from the franchises that all of these budding entrepreneurs will join, or start? Our experts say to look for everything from a boom in plant-based restaurants to shored-up supply chains, and an increased focus on work-life balance. If there’s one lesson we learned from the last two years, it’s that we must be prepared for the unexpected. But some shifts are solid enough to endure any fresh chaos. Here are five trends to watch for in the next 24 months.

1. There Will Be a Significant Influx of First-Time Franchisees

One of the pandemic’s biggest surprises has been “The Great Resignation,” with Americans voluntarily leaving their jobs at a record pace. New-business applications were on a record pace in 2021. And this past September, nearly a third of U.S. workers reported that they’re quitting to start their own businesses — with 60% saying they used lockdown time to educate themselves on how to do it.

These budding entrepreneurs make for an overflowing honeypot of potential first-time franchisees, with industry data showing that nearly a third of independent franchise owners see the franchising model as critical in helping them become their own bosses. This past August alone, almost 3% of workers resigned from their jobs — a recorded high, according to the federal government. So the entrepreneurial mind-shift is well underway, and expected to continue in years to come.

Franchise brands as wide-­ranging as Pet Evolution, H&H Bagels and Goldfish Swim School are all signaling an interest in tapping into this newly available pool of talent by bringing on first-time franchisees. In some cases, such as with Another Broken Egg Cafe, first-time franchisees are helping brands launch into whole new markets. Franchisors are looking to attract all kinds of first-timers, either for smaller-­investment, single-unit territories or as larger-investment, multiunit partners.

Related: How to Successfully Turn Your Business Into a Franchise

“We’re finding some first-time franchisees, and we need to find more,” says Andrew McCuiston, president of Goldfish Swim School. “They can do great. The thing we are looking for is first-timers who have the ability to scale. As we’ve grown, we’ve found that anybody who has the ability to operate multiple locations of this brand, it’s better for them and it’s better for us. They’re able to build a great team and get the business to go.”

2. Work-Life Flexibility Will Be a Key Incentive for Potential Franchisees

In October, CNBC and Catalyst released the results of a survey that helped explain why millions of people quit their jobs in the “Great Resignation.” Two reasons rose to the top. The first is a feeling, particularly among working parents, that employers don’t understand their needs. And the second is an insistence on having flexibility with where, when and how they work — with 76% saying they want work flexibility to be a permanent feature in their lives. That’s up from six months earlier, in April, when a LinkedIn survey saw 50% of respondents highlighting the need for flexibility in hours and location.

With the pandemic being a constant in everyone’s lives for nearly two full years, the desire for flexibility is outpacing pretty much everything else in these types of surveys, including health coverage and workforce culture. “A lot of what we’re reading about in the press these days is this employee exodus, this great churn of employees leaving,” says Stacy Anderson, president of Anytime Fitness. “Coming out of COVID, more than ever, you want to be satisfied with what you’re doing with your life. You spend a lot of time at work.”

Anderson says the core values at Anytime Fitness, which has more than 4,800 franchises in 32 countries, including about 2,555 in the U.S. and Canada, are communication, alignment and trust between the franchisor and franchisee. Anderson finds that franchisees want to have a strong business model as well as a healthy work-life situation. “I personally believe that managing like a dictatorship might have worked years ago, but that’s not how people want to work today,” she says. “You want to make sure that people are making money, but also that they’re happy.” 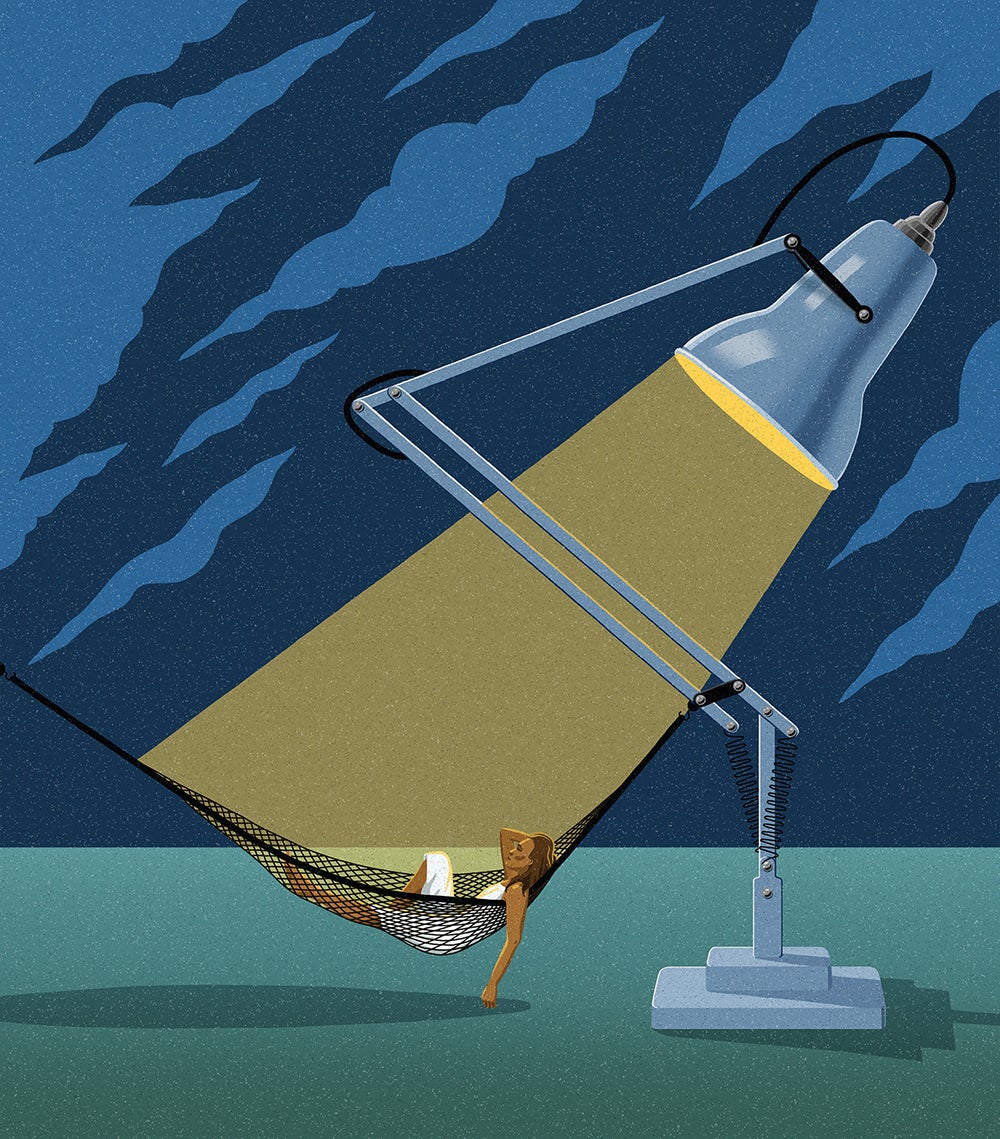 3. Franchisees Will Gravitate Toward Brands That Demonstrate Resilience

For a few years before the pandemic, a lot of people who called franchise consultant Michael Lorsch would ask about how a given franchisor fared in the 2007-09 Great Recession. Today, franchisee questions are more focused than ever on a brand’s overall resiliency, ­including things like ­supply-chain and staffing support. “It’s on everybody’s mind,” Lorsch says. “What people want is every single darn assurance possible. They’re not going to get a guarantee of success — if somebody gives you a guarantee, walk away — but the next-best thing is talking about ­recession-proof and COVID-proof tolerance.”

Related: Why the Franchise Industry Will Boom in 2021

Numerous franchisors are now touting the support they’ve given franchisees during the pandemic as a selling point. Smoothie King, for instance, deferred all royalty, technology, and advertising fund fees, and helped franchisees with everything from government loans to deferments on lease payments. The result was that even during the early days of the pandemic in 2020, 11 franchisees still felt confident enough to sign on.

Batteries Plus CEO Scott Williams says new franchisees are asking not just how the company is weathering the pandemic, but specifically how it’s preparing to handle things like the supply chain going forward. “These questions are much more heightened and much more specific,” Williams says. The fact that Batteries Plus got out in front of supply-chain issues almost a year before they made headlines puts new franchisees at ease, he says. The brand signed 100 stores in the past 18 months, compared with 30 on average in previous years.

Now Williams is going out of his way to assure franchisees that they will have the inventory to meet the demand of customers. This past fall, for instance, the company was preemptively bringing in four months’ worth of supply on car batteries, which consumers usually need in the dead of winter. “We’re saying that we’re going to weather 2022 better than most,” he says. “We’re on top of these ­supply-chain challenges.”

4. Vegetarian and Vegan Restaurant Franchises Will Make a Grand Entrance

About 4% of Americans self-identify as vegans. That’s actually a big number — up from 0.4% in 2017 — but it still comprises a tiny fraction of the population. And yet the market for vegan food is much larger because quite a lot of Americans are becoming, shall we say, “vegan curious.” Plant-based food sales now generate $7 billion annually, a sales growth rate more than twice that of total food sales.

“I see that as the next big thing,” says Mark Siebert, CEO of the iFranchise Group development and consulting firm. “What you’ve seen in places like Burger King, with their nonmeat hamburger, and other places like McDonald’s — the fact that these guys are experimenting with plant-based burgers says they recognize that it’s a coming trend.” Siebert thinks conditions are ideal for two or three “significant franchises” to capitalize on the opportunity. “Several years from now, at the unit level, the economics are starting to look really good,” he says.

Related: Why Franchising Is the Future of the Healthy-Fast-Food Movement

Copper Branch, a fully plant-based restaurant, is one of those brands. The ­Canada-based franchise has opened locations in three European countries, as well as one in Portland, Maine, and another in Nashville, Tennessee. CEO Trish Paterson says the brand is preparing for a big growth spurt this year. “You’ll see us popping up through ghost kitchens in 2022, and then some expansion in brick-and-mortar through the end of 2022,” she says. “We’re looking at the eastern side of the U.S., expanding out from where we are now, and then we’ll hit the hot markets like California.”

She sees the interest in plant-based food as part of a larger trend toward healthy living. “Some people have had a heart attack or some other health scare, and we just want to provide an opportunity for them to try something different,” she says. “That’s our plan going forward, to make it part of a healthy meal whether you’re vegan or not.”

During the pandemic, franchisees learned that having a healthy relationship with their franchisor really does matter. If the world falls apart, franchisees want to know they have their corporate brand’s trust, support, and an open line of communication to get back on track. “A lot of changes had to be responded to quickly,” says Elizabeth Sigety, a franchise attorney at Fox Rothschild. “I think franchisors that already had good communications — and that goes both ways, with the franchisees too—were in a better position to handle that.”

Kyle Bailey, founder and CEO at the transportation odor-removal brand NuVinAir, says franchisors that treat franchisees as true business partners end up with relationships that are not just healthier but also more lucrative, even amid a major shock like COVID-19. “There were great ideas flooding up from our partners about treating frontline workers’ cars,” Bailey says. “As a brand, it strengthened us and broadened our scope of opportunity to far more than what we were focused on in 2019.”

Related: 6 Trends That Prove Franchises Are a Hot Opportunity for Aspiring Entrepreneurs

Open lines of communication aren’t always comfortable for franchisors, Sigety says. “Some franchisors can be almost afraid to talk to their franchisees because then they have to listen and respond and maybe make changes.” But she believes this posture of silence only hurts the brand. “In every franchise system, there’s somebody who can’t run a business well and wants to blame somebody else, but if there’s a lot of franchisees feeling that way, then you have a problem,” she says. “The best way to fix it is to talk to the people on the ground.”

Sigety and Bailey agree franchisors and franchisees should be aligned in goals and attitudes from the start, before any papers are signed. “You are who you surround yourself with,” Bailey says. “Show me your five friends, and I’ll show you your future.”

Three Letters That Will Make Your Company More Successful

In September 2022, Patagonia founder Yvon Chouinard gave away his entire $3 billion company to ensure all of its...

How to Become More Resilient

Throughout my career, I navigated undeveloped markets within environments where things hadn't been figured out, and the world didn't...

The Catalyst To Upskilling In India

You're reading Entrepreneur India, an international franchise of Entrepreneur Media. The Indian higher edtech, or H.EdTech, sector has been...

You're reading Entrepreneur Middle East, an international franchise of Entrepreneur Media. It may come as a surprise that despite...

Walmart Can Say No to Suppliers’ High Prices — But What Can We Do?

I've been sharing this article from the Wall Street Journal with my clients. It's about how Walmart is warning...

6 Ways to Prepare for a Supply Chain Disruption

How To Win the Thought Leadership Arms Race in 2022