Which Airline Rewards Program Gives the Most Value?

in Finance
Reading Time: 4 mins read
A A 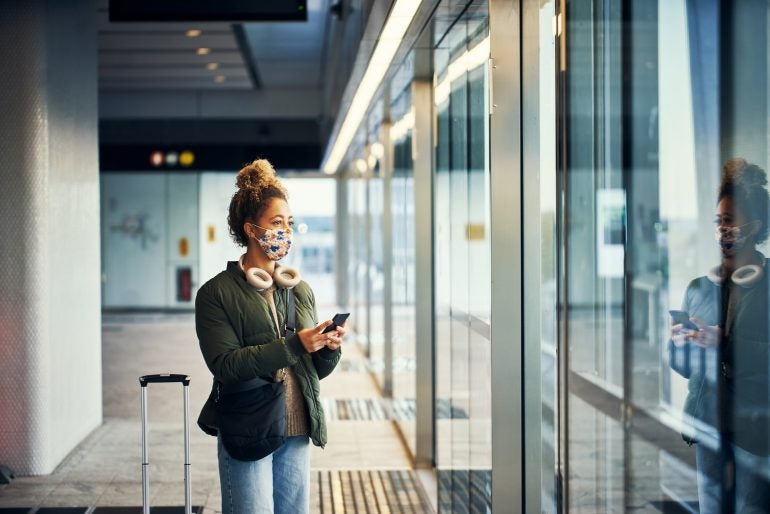 
Airline rewards programs are complicated. It might seem like you need a Ph.D. in complex systems (or at least fine-print reading) to understand them. But underneath the complex gobbledygook lies a simple pair of questions:

At the end of the day, that’s what an airline loyalty program is about: Rewarding frequent flyers with value (in this case, points or miles) that they can use for future trips.

With this in mind, we can set about determining which airlines deliver on this simple promise and which fall short.

To do this, our team at NerdWallet compared U.S. airlines’ rewards programs across these two factors to arrive at a single “rewards rate” for each. This rewards rate shows which airlines offer the best bang for your travel buck. For example, a rewards rate of 10% means that for every dollar you spend with the airline, you can expect about 10 cents back in the form of rewards (redeemable points or miles).

This particular analysis doesn’t take into account every aspect of an airline — such as in-flight entertainment or elite status programs — but it does boil down the most critical value proposition for frequent travelers. It also gives us a new way to think about which airline provides the best loyalty program in 2022.

To determine these rankings, we collected hundreds of data points from real-world airline routes to determine the value of points or miles for each airline. Then, we combined these results with the number of miles earned per dollar spent.

Our analysis is based on main cabin flights. If you’re a business or first-class traveler who sits at the front of the plane, the rewards rates will likely differ. 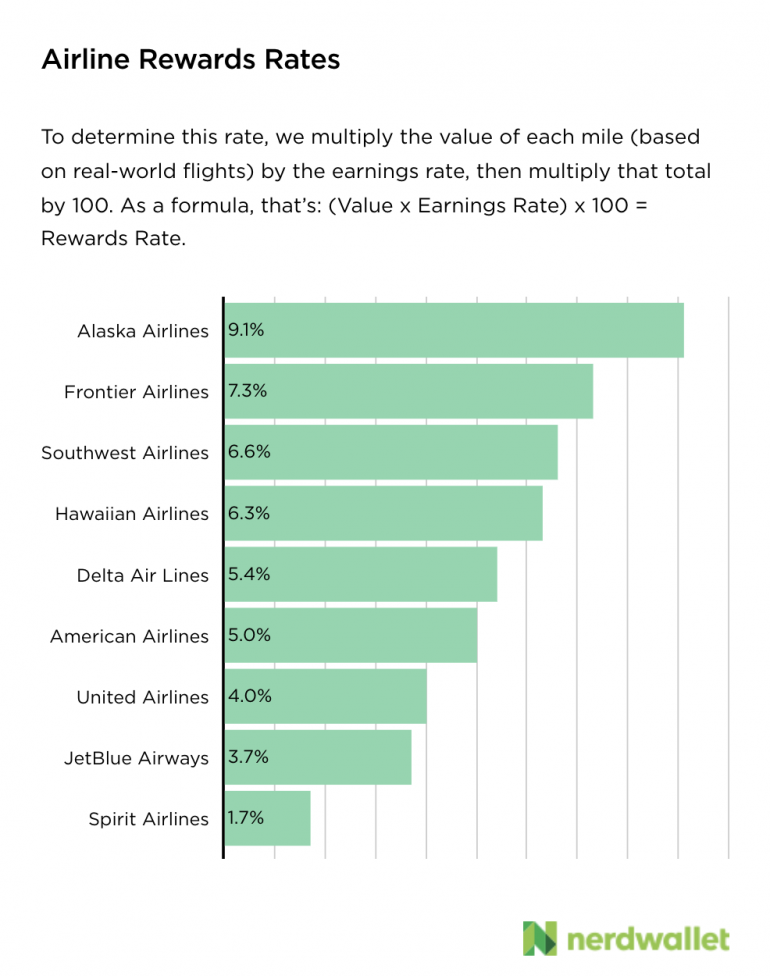 Enough math. The point is that Alaska Airlines’ Mileage Plan is easily the most rewarding domestic airline program. You can expect to get about 9 cents in value for every dollar spent with Alaska, far above the 4 to 5 cents per dollar spent you can expect from the big three: American Airlines, Delta Air Lines and United Airlines.

This is hardly surprising for travel rewards aficionados, as Alaska’s Mileage Plan has a good reputation for customer-first policies. What could surprise some (it certainly did us) is how well Frontier Airlines performed.

What’s the common thread? Both Alaska and Frontier still grant reward miles based on the actual number of miles flown rather than how much the flights cost. This made a big difference in our analysis.

What does this mean for you?

If you’re an infrequent traveler who takes a couple trips per year and doesn’t bother much with earning airline miles, you can mostly ignore these rankings. They’re called frequent flyer programs for a reason.

If you travel a lot for work, or are a leisure traveler who maximizes travel rewards, these rankings should make a big impact on where you put your loyalty. If you or your company spends $5,000 per year on flights, you could earn back $455 worth of miles from Alaska versus only $185 from JetBlue, for example.

Choosing the right airline loyalty program for you will certainly involve other factors, such as the number of flights from your home airport. But the rewards rate can help tip the scales.

What about the value of points and miles themselves?

Half of this analysis involved determining the value of redeemable airline points and miles. To do this, we compared hundreds of flights using either cash or miles, and determined an average value per mile for each airline. Basically: We ran the numbers so you don’t have to. 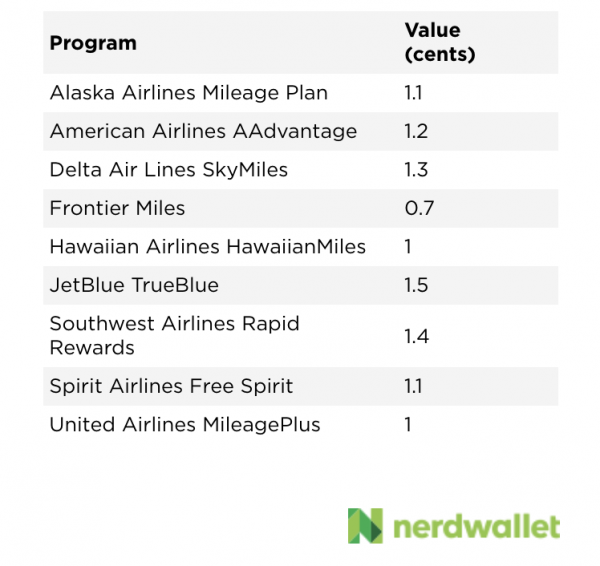 You’ll notice less variation among these mile values than among the rewards rates above.

JetBlue Airways offers the most valuable points at 1.5 cents each, despite lagging in rewards rate. This is because JetBlue awards points based on the dollar amount spent rather than miles flown, and it only offers 3 points per dollar. Think of it this way: JetBlue points are like British pounds. They’re worth more than most other currencies, but you’ll earn fewer of them overall.

That said, if you have the choice to earn either 10,000 United miles or 10,000 JetBlue points as part of a credit card or other promotion, the choice is clear. The United miles are worth about $100 compared to $150 for JetBlue. Go with the more valuable currency when dealing with raw numbers.

Imagine if you had the choice between two cash-back credit cards: One offered to refund 9% of every purchase, while the other offered only 1.7% back. That, in a nutshell, is the difference between the best (Alaska) and worst (Spirit) airline rewards program.

It’s important to keep in mind that miles are not cash, and the hypothetical return on spending you can get with any of these programs depends on one crucial variable: whether you actually use the miles. Still, the differences are stark.

If you’re choosing whether to become loyal to one of the “big three” domestic airlines, the good news is that they all offer similar, middling rewards rates. In terms of the pure financials of redeemable miles, you’re not meaningfully better off with Delta than you are with United or American.

These rankings are a good indication of which airlines are dedicated to offering value to their most frequent customers and which are throwing up smoke and mirrors. The fact that it took us weeks of data collection and analysis to determine these figures demonstrates how opaque the travel rewards game can be. Hopefully, this offers some clarity.

The article Which Airline Rewards Program Gives the Most Value? originally appeared on NerdWallet.

What Is Sustainable Entrepreneurship, and Why Does it Matter?

Should You Have These Two Banks In Your Portfolio?