in Finance
Reading Time: 4 mins read
A A 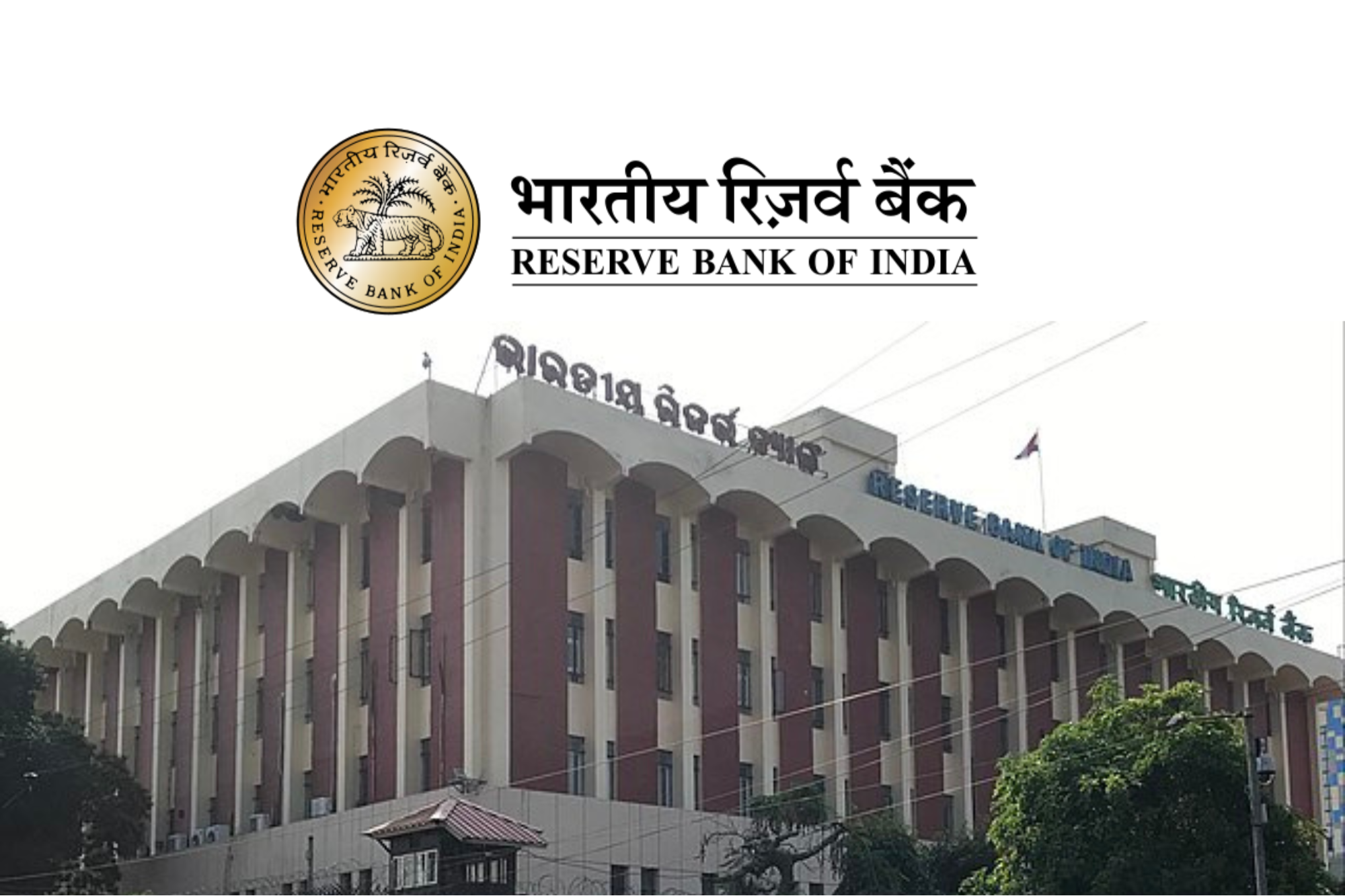 The Reserve Bank of India’s Monetary Policy Committe on Wednesday hiked the repo rate by 35 bps to 6.25 per cent. The apex bank maintained its 6.7 percent inflation forecast for the current fiscal year ending March while saying that the battle against inflation is not over yet. It also lowered the growth expectation to 6.8 percent from 7%. “The focus on inflation control continues. There will be no let up in our efforts to bring inflation to more manageable levels,” said RBI Governor Shaktikanta Das.

Since May, the RBI has raised the benchmark rate by a total of 190 basis points.

Dr Niranjan Hiranandani, Vice chairman, NAREDCO viewed RBI’s cautious but optimistic outlook in alignment to aggressive monetary tightening globally to contain multi year high inflation. “A dovish repo rate hike is a sign of a balanced and accommodative stance to break sticky core inflation that has been prolonged. Other calibrated measures like fiscal interventions along with repo rate hike should be highly considered by RBI to give impetus to the economic growth trajectory as a center of gravity. The resilient and robust macroeconomic growth indicators of India act as a rescuer amidst geo-political faltering and recessionary threat casting its shadow on global economies. Going forward, RBI needs to draw its attention on the growth vectors and anchor inflation target for accomplishing the target of $ 5 trillion economy.”

Dr. Samantak Das, chief economist, and head of research and REIS, India, JLL: “RBI’s decision to hike the repo rate for the fifth time since May 2022 was quite expected. “The relatively lower hike of 35 bps as compared to earlier ones, was also anticipated in the backdrop of more headroom available to the central bank amid a visible cooling off in inflationary pressures and indications of a moderation in Fed rate hikes. The continuation of the ‘withdrawal of accommodation’ stance indicates the intent to bring inflation under control and minimize its impact on GDP growth.”

Siddhartha Sanyal, Chief Economist and Head of Research: “RBI’s shifting to a lower gear of rate hike in December is in line with expectation. After the heavy front loading of rate hikes during the first half of the financial year, the repo rate now – at 6.25% after today’s hike – is the highest in almost four years. In absence of fresh surprises, one does not expect the repo rate to cross the 6.5% mark in the current hiking cycle. That might mean a real repo rate of over 1% and a nominal spread of about 1.5% between Indian and US policy rates by the mid of 2023. It is heartening that the RBI sounded more supportive as regards future need of liquidity of the banking system and productive sectors of the economy”.

Churchil Bhatt, Executive Vice President & Debt Fund Manager, Kotak Mahindra Life Insurance Company Limited: “India’s monetary policy committee (MPC) today delivered a 35 bps policy rate hike with a 5 to 1 vote. The policy stance was retained as ‘withdrawal of accommodation’, suggesting no letting up in the Central Bank’s fight against inflation. The MPC revised its growth projection for FY2023 down by 20 bps to 6.8%, while it kept its inflation projection unchanged for FY2023 at 6.7%. Governor Das cited high core inflation as a key policy concern, and underscored the importance of anchoring headline inflation around 4% for sustainable growth. Even though headline CPI is likely to fall below the MPC’s upper tolerance band of 6% over the next few months, we remain some distance away from the ultimate policy goal of 4% headline CPI. Hence, while policy rates in India may not go much higher from here, the bar for any possible policy pivot remains high. In this backdrop, we expect the 10-year G-Sec to trade in the range of 7.25-7.45% in the near term.”

Sujata Guhathakurta, President-Debt Capital Market and Infrastructure Financing, Kotak Mahindra Ban: “On expected lines RBI raised the Repo rate by 35 BP to 6.25% and maintained the stance of withdrawal of accommodation. It highlights the necessity to manage inflationary expectations and break the sticky core inflation which remains high. The 10 year G-Sec has moved up to 7.29% as he emphasised the need for further calibrated monetary policy action to manage sticky core inflation. Expect the 10- year to remain range bound between 7.25% and 7.35% tracking global yields and local demand supply dynamics.”

Shanti Ekambaram, Whole Time Director, Kotak Mahindra Bank: “As widely expected, the MPC decided to increase the Repo Rate by 35 bps, from 5.9% to 6.25%. The Governor emphasized that economic growth at 6.8% has been robust and amongst one of the best in the world. With a good monsoon, increase in manufacturing activity and robust services growth, economic growth outlook looks stable .Thus emphasis on inflation targeting and continuing stance of withdrawal of accommodation while being committed to ensuring adequate liquidity to support growth. While CPI has moderated, core inflation remains sticky and above the comfort zone of the Central Bank. Given the continued global headwinds we expect RBI to be nimble and take action wherever warranted.”

Mr. Dhruv Agarwala, Group CEO, Housing.com, Proptiger.com, and Makaan.com:
“As expected, the RBI has hiked the repo rate with inflation continuing to be a matter of concern. However, the increase in the key interest rate is lower than the last three hikes, which shows that the RBI is moderating its views on inflation gradually. Nevertheless, the cost of borrowing for both individuals and corporates will go up, which will impact economic activity.
On the real estate side, interest rates on home loans have increased to around 8.5 per cent from 6.5 per cent before May this year, but thankfully we have not seen any impact on housing demand and sales. Rather, demand continues to improve across all the price categories in the residential segment. We feel that there should not be any concern on the demand front while mortgage rates remain under 10%.”

The asset management company in its official release about RBI’s decision stated that for a market section, 35 basis-point hike felt like a 50 basis-point hike. Additionally, it shared that they saw it as an opportunity to invest under long-term fixed income allocation and suggested that investors seeking long-term fixed income allocation should increase their allocation to Target Maturity Fund with maturity between 5 to 10 years to yield benefits from the current term.

What Is Gap Insurance and How Does It Work?

If you're like most other entrepreneurs, you're always seeking to protect your business (and your finances).One way to do...

8 Ways Traders Can Manage Their Emotions and Achieve Success

Short-term trading can be a thrilling and potentially profitable endeavor, but it also requires a deep understanding of not...

Why Are So Many People Feeling Bullish?

So, here's something I've found myself wondering lately about the stock market (SPY)…maybe you've wondered the same thing. The...

Want to Get Richer? 3 Stocks to Buy Now and Hold Forever

Although inflation has shown signs of easing, the Fed is unlikely to stop rate increases this year. Amid recessionary...

3 Dividend Stocks With 5%-Plus Yields to Buy Now

Although inflation is showing signs of cooling, the chances of the economy escaping a recession are slim due to...

In the past, buying an annuity was a lot of work. Due - Due The first step toward determining...

Is Health Insurance the Next Real Estate in Terms of Investment?

5 Things to Do Before You Franchise Your Business