Rishi Khosla: Those Who Think Young

in Entrepreneurs
Reading Time: 6 mins read
A A 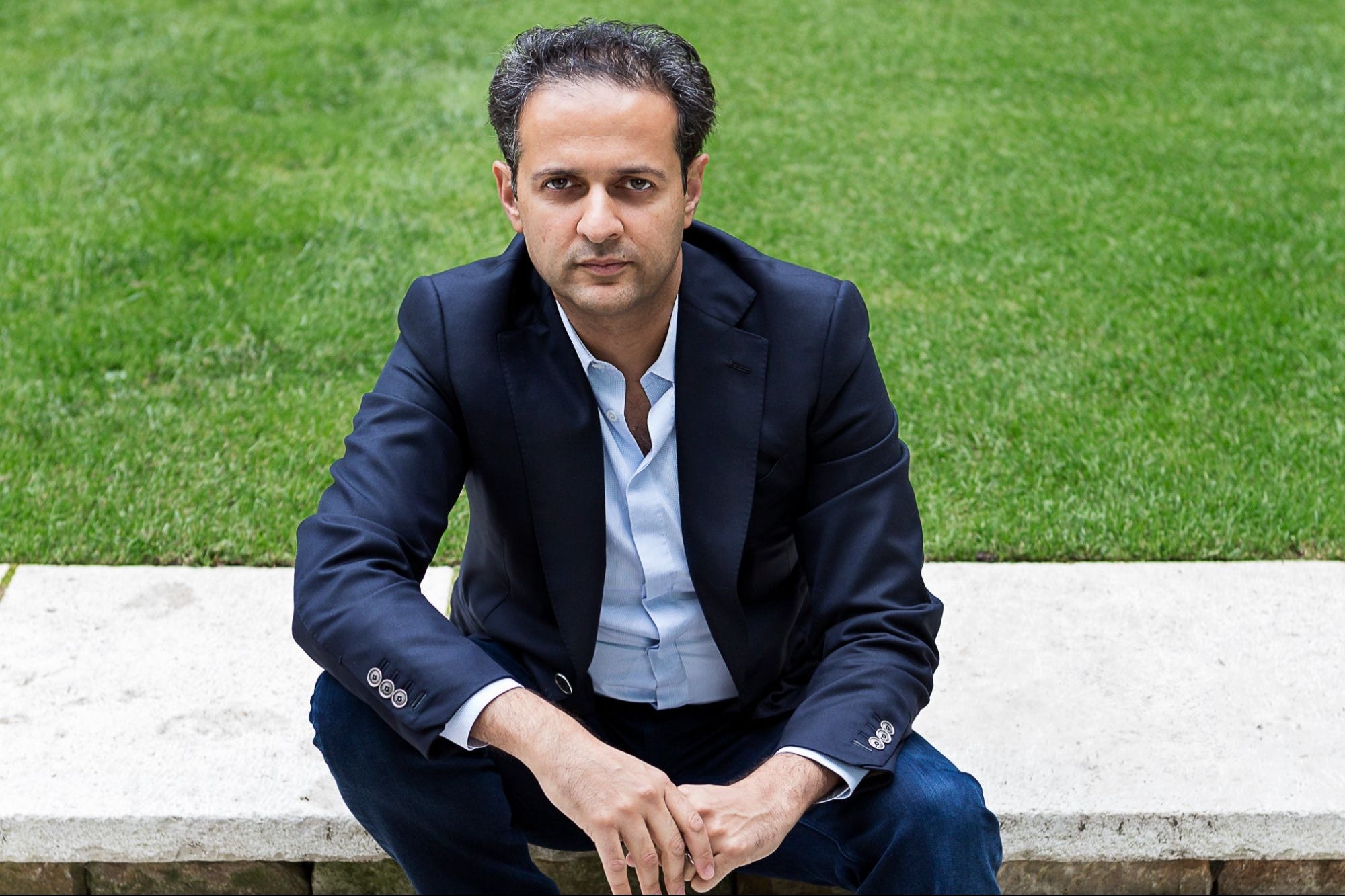 A 1956 Doris Day song famously introduced American audiences to “cheerful fatalism”: “Que sera, sera” says a mother to soothe her child’s anxiety about what the future might hold. Over the years, the song became a cultural artefact with changing connotations: a classic children’s song, a sports anthem, a Hitchocockian reference, an ironic dark comedy backdrop, a nostalgic ode to 1950s’ seeming social stability. Entrepreneur Rishi Khosla, however, was never one to abide by its message of leaving one’s future up to fate—”What will be, will be” not, he believes.

Early in life, Khosla decided that he would build businesses. Driven by this vision, he achieved all major academic milestones three years earlier than the average student does: started GCSE at age 11 years, first A-level exams at 13 years, undergrad in economics at University College London (UCL) at 17 years, and master’s in accounting and finance at London School of Economics (LSE) at 20 years. Khosla now braced himself for the rigour of the professional world, working first at ABN Amro, the third-largest Dutch bank, then at GE Capital, one of the world’s largest financial services companies at the time, and later at a family office where he had the opportunity to manage a fund that invested in fintech companies, such as digital payment pioneer PayPal, though “fintech” as a term would be coined several years later in 2013.

Khosla as a young child in the English countryside

Evident from his gritty and disciplined youth, Khosla’s entrepreneurial journey started long before he founded his first enterprise: it began with his general enterprising approach to life. “I have been an entrepreneur all my life. By this, I don’t just mean someone who sets up their own business. I mean someone who can set their sights on a successful outcome, no matter what their circumstances and how far out of reach it might be and then set about working hard and smart to achieve it,” he says.

Forty-seven years old today, Khosla’s commitment to orderly routines and advance planning continues unabated. His day always begins with a workout, yoga (sometimes with his fitness-conscious dog, Simba), meditation, and prayer. Breakfast with family (no coffee, he clarifies) and a chain of internal and external meetings at the office follow. Lunch usually consists of Japanese food, his favourite cuisine, and he always finds time to pray again during the day. Travel arrangements are made with similar precision: a monthly visit to the US and a biannual one to India. The clarity of purpose and thought he exhibits in significant and mundane activities alike make you wonder the kind of careful preparatory instructions he would give at Starbucks were he a coffee drinker! At least with his pleasing smile, he is less meticulous. Each is warmer than the last even during a first interaction with someone! 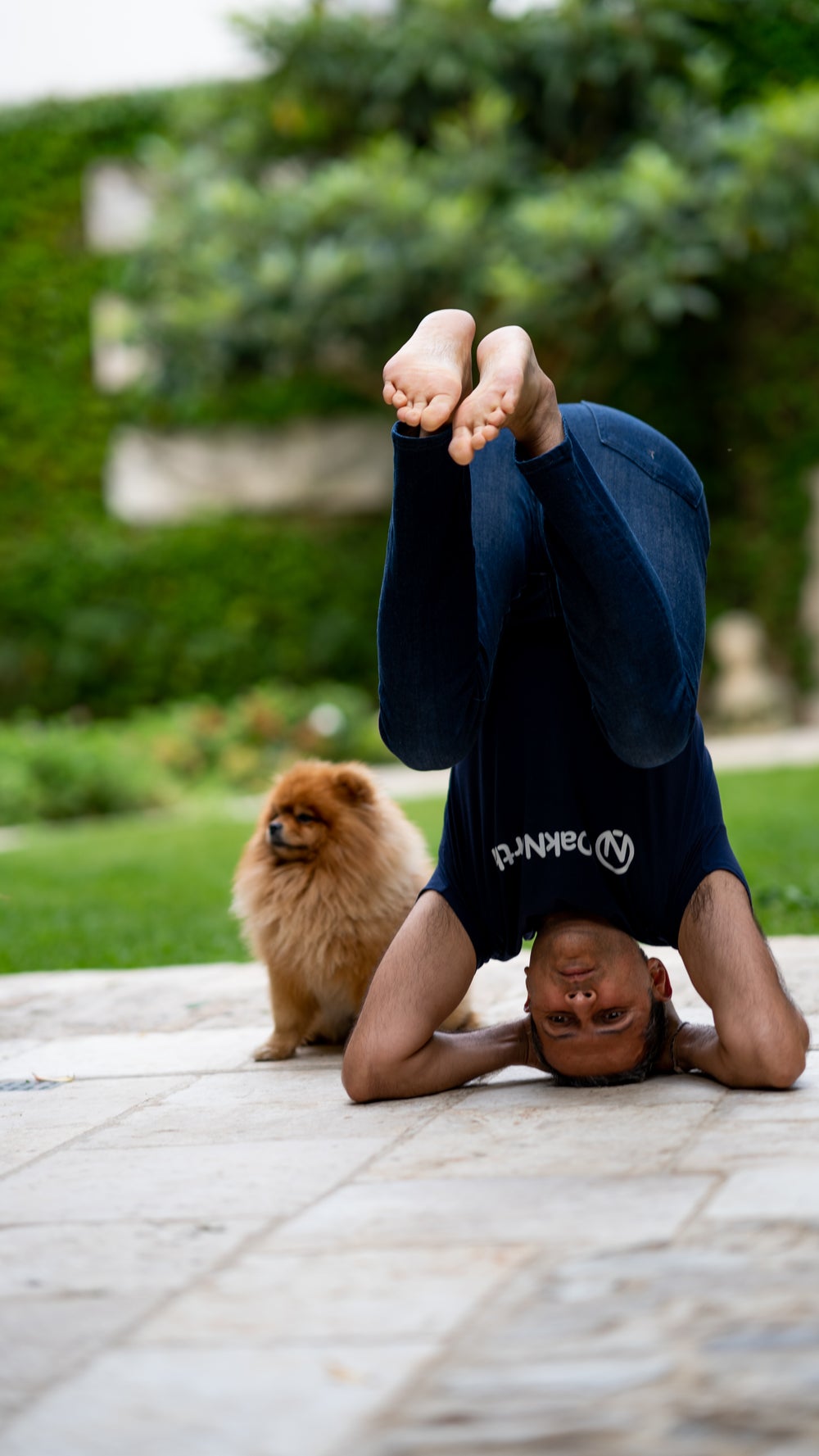 Khosla and his dog, Simba

The Rise of a Serial Entrepreneur

In November 2002, Khosla set up his first business, Copal Partners, with friend Joel Perlman, a fellow LSE grad, who would later partner with him again at Oaknorth. A data and analytics business, Copal Partners counted among its clients large investment banks, credit funds, asset managers, corporate strategy divisions, consultants and private equity firms. It was a challenging but rewarding phase in the two businessmen’s lives: “We were young and still only in our mid-20s; so we had a lot to learn. But like all entrepreneurs, we persevered and learned and ultimately managed to build a profitable business within a few years of the launch.”

UK-born Khosla inherited this ability to persevere in fluctuating circumstances from a childhood spent across continents and among inspirational individuals such as his father. “I was born in London, where my father earned his degree in engineering. Early in life, my family and I moved to Delhi, where we lived in a small apartment with my grandparents and uncle’s family. My school there was my third school in the same number of countries in two years. When I was primary school age, we moved back to London,” he recounts. His father, in particular, had a lasting impact on Khosla. An entrepreneur himself, whose progress had been repeatedly thwarted by events outside of his control, Khosla senior managed to stay resolute throughout the chaos and never lost sight of his vision. “We had ups and downs, but his determination endured and somehow, he gave us a stable and supportive upbringing,” reflects Khosla on his father. 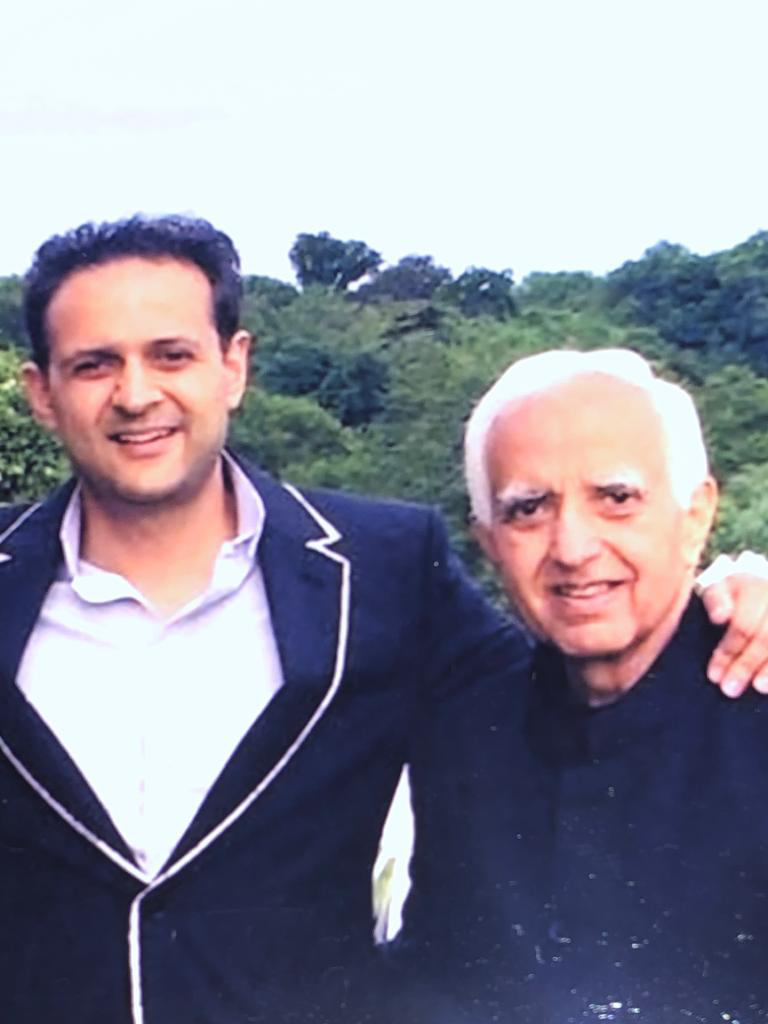 In 2005, about three years after launching Copal Partners, the co-founders were looking for a working capital facility. Although the company was profitable and had good cash-flow as well as prominent clients, it kept receiving a “computer-says-no” response from high-street banks. Over the next 12 months, Khosla and Perlman visited the US several times and managed to secure a dividend recap from the special situations desks of an investment bank. They went on to scale Copal to 3,000 employees across 13 markets, eventually selling it to Moody’s in 2014. The negative banking experience, however, stayed with them and prompted a new business idea. “We were inspired to launch OakNorth, a neobank for SMEs. In 2015, we secured the third new banking license in 150 years, and today, seven years on from its launch, we’ve lent over £8.5 billion to businesses across the UK,” Khosla proudly states.

A Few Learnings Along the Way

Working to further build Oaknorth has revealed an unexpected insight to its founders: the network effect of the entrepreneurial community. “What this has meant for our business is that from day one, we’ve been growing far more than expected and several times more than our business plan. Even today, around 80 per cent of our loan origination comes via customer referral. This network effect and the subsequent growth is great, but it did mean that we had to scale much more quickly than anticipated, so we had to invest in the people, process, technology, etc. to do this and become a more mature business faster,” explains Khosla.

Running a high-growth business such as Oaknorth—a profitable unicorn at that—requires many heads besides those of the founders. In addition to Khosla and Perlman, the company’s board includes Rajesh Gupta (CFO), Cyrus Ardalan (Chairman), Robert Burgess (NED), Ted Berk (NED), Timo Boldt (NED), and Carolyn Schuetz (NED) and its advisory board features Lord Adair Turner, Lord Philip Hammond and Martin Stewart. 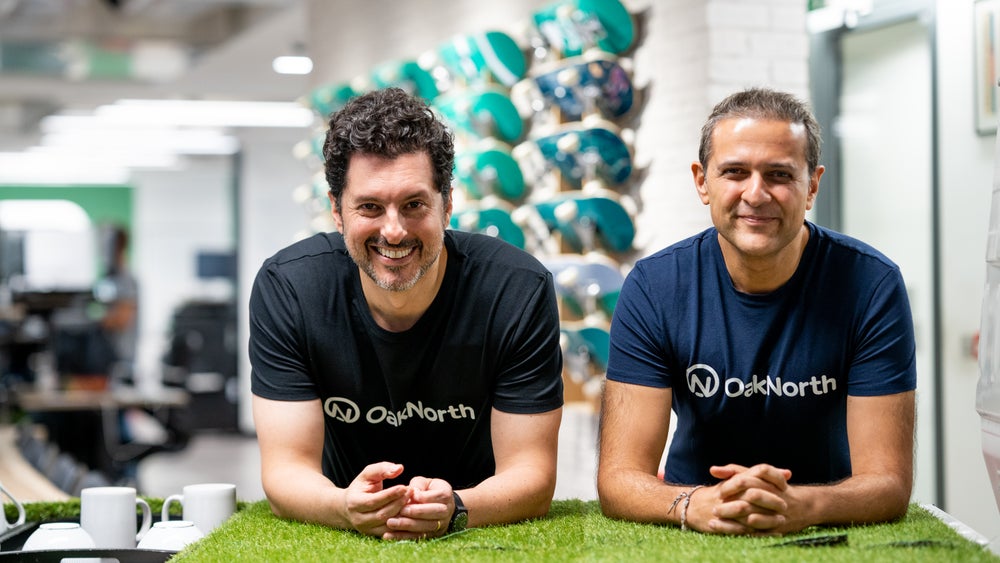 Naturally, for Khosla, mentoring is a key element of entrepreneurial success: that is, both being mentored and mentoring others. He fondly remembers one of his oldest mentors, a family friend with a background in finance, who first helped him years ago with university choices. “When you have a trusted conversation with someone who is well-placed to offer advice and has no bias one way or the other, it can be incredibly helpful. The ability to have candour in those conversations and use that candour to both learn and action against is immensely valuable. While working at Copal, I used to meet one of my mentors every quarter for breakfast or lunch to have the harshest, most blunt and unfiltered interaction to come by in three months. But it was also the meeting that I always looked forward to the most because it was the one where I’d learn the most,” he reveals.

Today, Khosla is often on the other side of the table, mentoring others. In his experience, for the last 14 years or so, venture capitalists have favoured growth at all costs, rendering many businesses to focus on growing consumer numbers without determining the economics and a clear business model. “That’s fine in a bull market when there’s plenty of liquidity available, but in an economic downturn like one that we’re starting to see, it becomes more of an issue and those businesses will find it harder to secure the capital they’ve become so reliant upon,” he argues.

Ultimately, Khosla and Perlman claim to have a simple view on building businesses: delivering incredible value for customers with the right economics in place before rushing to scale. “That way, you’re scaling something that works, that’s proven and that’s delivering value for customers and communities,” he advises those who seek the benefit of his years of experience in the business world.

This, in a nutshell, is also Khosla’s entrepreneurial thesis: building businesses is all about adding value to human life.

A new series by Entrepreneur India that aims to unpack the inner workings of the Indian startup ecosystem by following the intertwined personal and professional journeys of those who people this world. Our aim? To piece together the ‘real’ success story of how a startup is built from scratch.

12 Things I Learned Working at Uber, Instawork and Intro

My entrepreneurial journey began when I was 12. I decided to take a shot at greatness with Shovel Squad,...

How To Spot Toxic Behavior—Be It By You, Or By A Colleague—In The Workplace

‘Build Your Business From the Perspective Of People’: CureBay’s Founder

You're reading Entrepreneur India, an international franchise of Entrepreneur Media. Healthcare infrastructure is reportedly skewed in India with 70%...

What Do Investors Look For In Startups?

While you, as a startup entrepreneur, search for suitable investors, investors also hunt for favorable enterprises to invest in....

There is a lot of great information about entrepreneurship out there, but some ideas floating around are not completely...

Your Cold Pitch Sucks. Here’s How to Approach Prospects the Right Way.

It's happened to you. A notification pops up that you have a direct message. Someone wants to connect. You...

How to Make Peace with Feeling Less Ambitious