Beethoven and what entrepreneurs can learn from his life 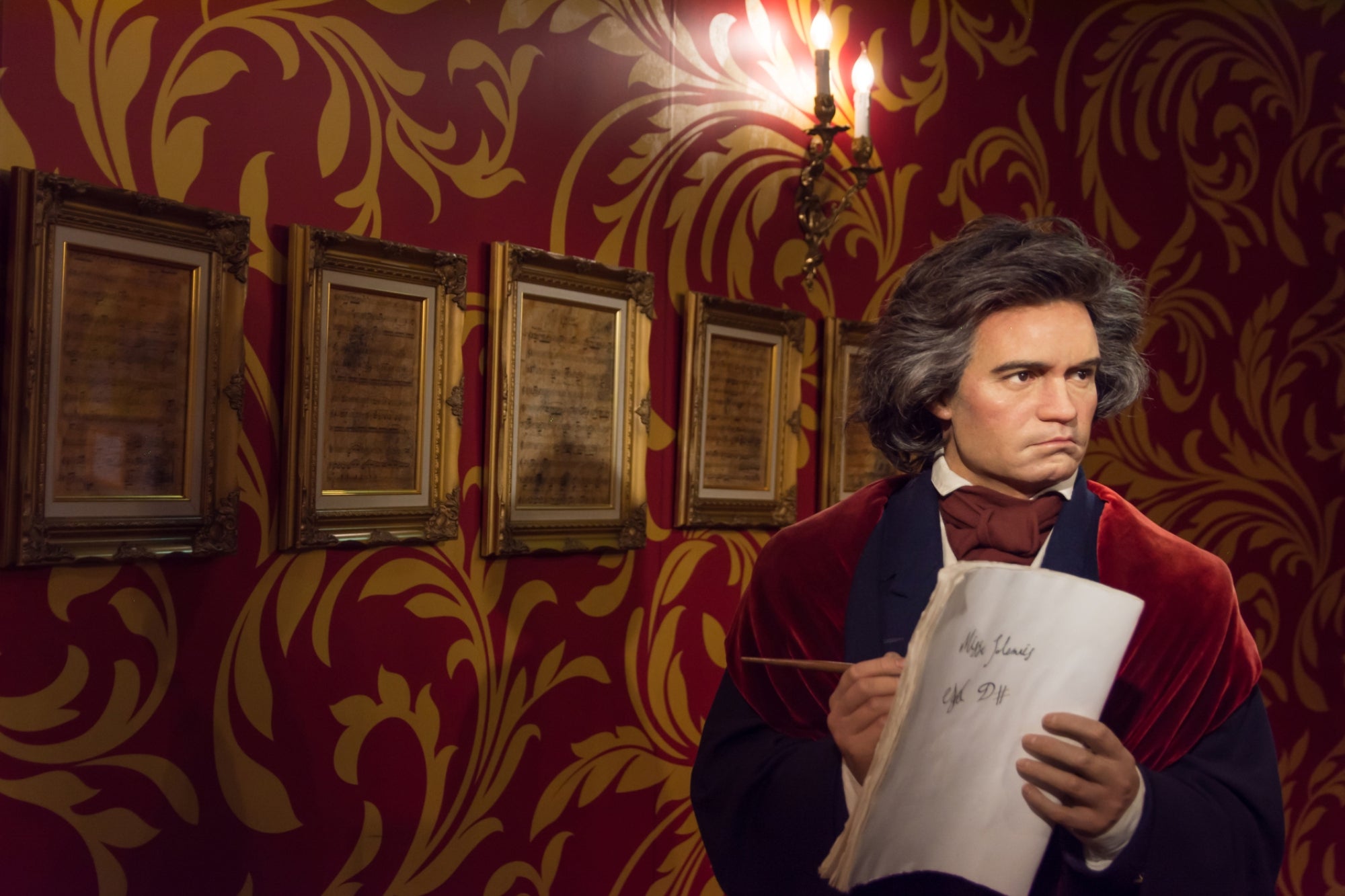 
Many biographies have been written about Ludwig van Beethoven , and they all agree on one thing: he was a genius tormented by his family, financial and health circumstances. But these obstacles only brightened his musical talent.

In this 2021 (according to most of his biographies on December 16, December 17 according to his biographer Anton Schindler ) marks the 251st anniversary of the birth of Beethoven , and the best way to celebrate such an admirable character is by reflecting on facts of his life that can be an example to follow on your path as an entrepreneur.

1. Beethoven’s talent became visible and was put into practice from his childhood

If you have great skills that you have discovered from a young age, always keep developing them: quite possibly they will take you higher than you imagine.

Although several biographies of Beethoven give a tragic touch to his childhood, the truth is that his talent developed thanks to the influence of his father, Johann van Beethoven, who was a tenor at the court of Bonn.

The father saw great talent in little Beethoven , so he taught him to play instruments such as the piano, the organ, and the clarinet. As described in Anton Schindler ‘s Life of Beethoven , at just seven years old, he gave his first public concert in Cologne.

In 1782, before he was 12 years old, Ludwig van Beethoven released his first composition: Nine Variations on a March by Ernst Christoph Dressler .

There are health conditions that are difficult to treat or that manifest themselves from an early age and persist for the rest of life, but as long as there is adequate medical attention, they should not be an impediment to achieving your dreams.

In his text Ludwig van Beethoven, the genius from Bonn tormented by his diseases: his medical history, the doctor and researcher Marcelo Miranda mentions that Beethoven suffered from various diseases since he was a child and throughout his life: he had been asthmatic from the age of five, suffered from chickenpox and left facial scars. In analyzes made of his remains, it was found that he was poisoned with lead, had joint problems and inflammatory bowel disease since he was 22 years old, conditions that were thought to be the cause of his deafness, which began at 27 years of age.

However, these health problems did not prevent Beethoven from becoming one of the best composers and musicians in history.

Deafness was never a pretext for Beethoven , on the contrary, Miranda considers that this condition played an important role in his compositions, which can be divided into three stages along with the development of his deafness:

4. Because of his great musical abilities, Beethoven enlisted the support of sponsors that allowed him to continue his career.

The talent that is constantly worked on always attracts the attention of people who could sponsor you and help you achieve your goals.

Beethoven had the financial support of various figures such as Count von Waldstein and aristocratic women such as Baroness Josephine von Braun. Thanks to this support, he was able to continue with the development of his works and lead a better quality of life than he had in his first years of life.

5. Beethoven helped others despite their difficulties.

Helping other people from time to time can be an engine that helps you overcome your own adversities.

After the death of his parents, Beethoven was left in charge of his brothers, which became the financial support of his family. Thanks to his musical talent for five years he taught piano and played in an orchestra in Bonn, which also allowed him to earn income for the maintenance of his brothers.

6. Through his music, Beethoven channeled his emotions

Any excess energy or your emotions can be sublimated through art, sports or any other activity you enjoy, and it could give you great success.

Some of his biographers describe Beethoven as an acid and cynical character, isolated, sullen, hurt, miserable, moody. And perhaps after so many difficulties and health problems, it was not for less. But fortunately he always knew how to use these emotions as fuel to develop the most memorable musical works.

Always believe in your dreams and work every day to fulfill them, you never know what impact they can have, how many generations and how many different fields they can influence.

In addition to the magnitude of this posthumous recognition, there are musicians who maintain that Beethoven’s music had great influences on rhythms such as rock, jazz and pop. In the documentary A world without Beethoven? , produced by DW, trumpeter Sarah Willis set out to find what music would be like without Beethoven.

One of the conclusions he came to, along with other musicians he interviewed, is that rock riffs would not exist without some notes from the fifth symphony. Hence, these expert musicians see the influence of Beethoven in this popular rhythm, where musicians such as Chuck Berry, Led Zeppelin, Scorpions and ZZ Top stand out.

Imagine that your work is so great that it is even continued by other humans or by technology!

On the composer’s death in 1827, his last symphony, the tenth, was incomplete. Currently only a few handwritten sketches of this work are preserved, which are actually only a few short and unfinished fragments.

Thanks to Artificial Intelligence (AI) there are many possibilities in any field of human activity. Music could not be left out and Beethoven would be no exception. According to information from DW, after the unfinished compositions by composers Gustav Mahler and Franz Schubert had been completed with IA, this year it was Ludwig van Beethoven’s turn.

According to DW, the German telecommunications company Telekom, based in Bonn, the city where Beethoven was born, brought together a multidisciplinary team of experts: musicologists, composers and computer scientists came to this call to try to analyze and learn the style of Beethoven so that they could complete the “unfinished” symphony.

You're reading Entrepreneur India, an international franchise of Entrepreneur Media. Whether it's the pandemic, the geopolitical tensions or retail...

3 Difficult Personalities That Are Great Hires

The concept of personality types, temperaments and working styles has been foundational in organizational behavior for years. As entrepreneurs...

Vinod Kannan, chief executive officer at Vistara, was appointed when the aviation industry was battling the third wave of...

A Visible Long-Term Solution For Unemployment

You're reading Entrepreneur India, an international franchise of Entrepreneur Media. The aptitude and preparedness to create, plan and manage...

Remote Work is Better with This Portable Touchscreen Monitor

When to Launch An Illegal Product

How Many Followers Do You REALLY Need to Make Money on Instagram?